Autism advocacy — it’s a daunting term. When you first get the autism diagnosis, it’s enough just holding yourself together. There’s no list of what to do when your child is diagnosed with autism, so you’re sent home from the doctor’s office with a mix of emotions and no real clue what to do next. You may have been told to go see another doctor, but most people are told to contact the school to get involved with some type of early intervention. And that’s where the fun begins.

Don’t get me wrong. The school’s help can be life changing. If you are fortunate enough to be in the territory of a good school district, you’ll have an easier time of having your child’s needs met. And your needs — don’t forget them, as it’s not just about your child. You come as a team, and if you remember that from day one, autism advocacy is going to be a lot easier.

Thing is, nothing about autism advocacy is easy. By its very definition, advocacy requires asking for help.

Pleading, yes, advocacy definitely requires that, too, despite the fact that it shouldn’t. Nothing dissolves an independent, intelligent and solid parent into a pleading mess more than having to advocate for a special needs child.

So how do you go about autism advocacy? That’s easy — you’re already doing it right now! Advocacy isn’t complicated. It’s tough, but it’s relatively simple and can be reduced to one sentence: you seek out help for your child and ensure it happens. That sounds weighty, and it is, but once you accept that it is your life once a child has an autism diagnosis — or any special diagnosis — you’ve fought half the battle. It becomes engrained once you start. You don’t look at anything the same again. It’s truly your way of life.

Being an advocate for an autistic child isn’t just the job of a parent. It’s the job of every grandparent, sibling, aunt, uncle, babysitter and close friend. If you care for a child before they are diagnosed, you have to be an advocate…or you have to get out of the way so the real advocates can move in. Harsh? Yes, but parents aren’t going to have time to educate you and pacify your needs. They aren’t going to have the energy it takes to try to get you to understand something they don’t even understand. Don’t put that on them. If you care, grab a chair and head to Google. Head to Talk About Curing Autism. Go to Amazon and order a book. There are a zillion ways you can learn, and I hope the choice you make is to support rather than tell them how to parent, that their kid really doesn’t have autism, that they should spank the child, that they aren’t able to help you or listen to your problems or that they can’t talk with you on the phone uninterrupted. It’s time to get over yourself and love them and their child just like you did before.

The place you’re going to have to most advocate is going to be your school — if you learn to walk away from anyone I mention above that can’t advocate properly. You’ll need to be able to focus, and if the school is going to provide help, then focus there first. You have the choice to choose a new playgroup or a truly loving church but you are frequently stuck with the school, unless you move to a new county. You’re already going to have enough on your plate, but for some people, that’s still a viable option. We tried it, without zero success, but we certainly did learn something from it. Only you know if that’s something you want to, or can, do.

Schools are mazes. They consist of far more than the classroom. They are reams of bureaucracy and budgets wrapped up in a big building full of people that aren’t there to help you. But, there are a lot of people who can help you; it’s just a matter of connecting with them and working with them. Don’t let that scare you, but as soon as you realize that there are going to be battles, and that many people aren’t going to care, you’ll be less surprised the first time you hear ‘no’ or ‘we don’t have a budget for that.’ The first time an attendance clerk hassles you over being late (because your child had a meltdown over a tiny seam you didn’t even see in his socks) or when a nurse insists on a note saying the rash around his mouth (from licking his lips as a stim) so he needs a doctor’s note, you’ll want to be toughened up and ready to fight. 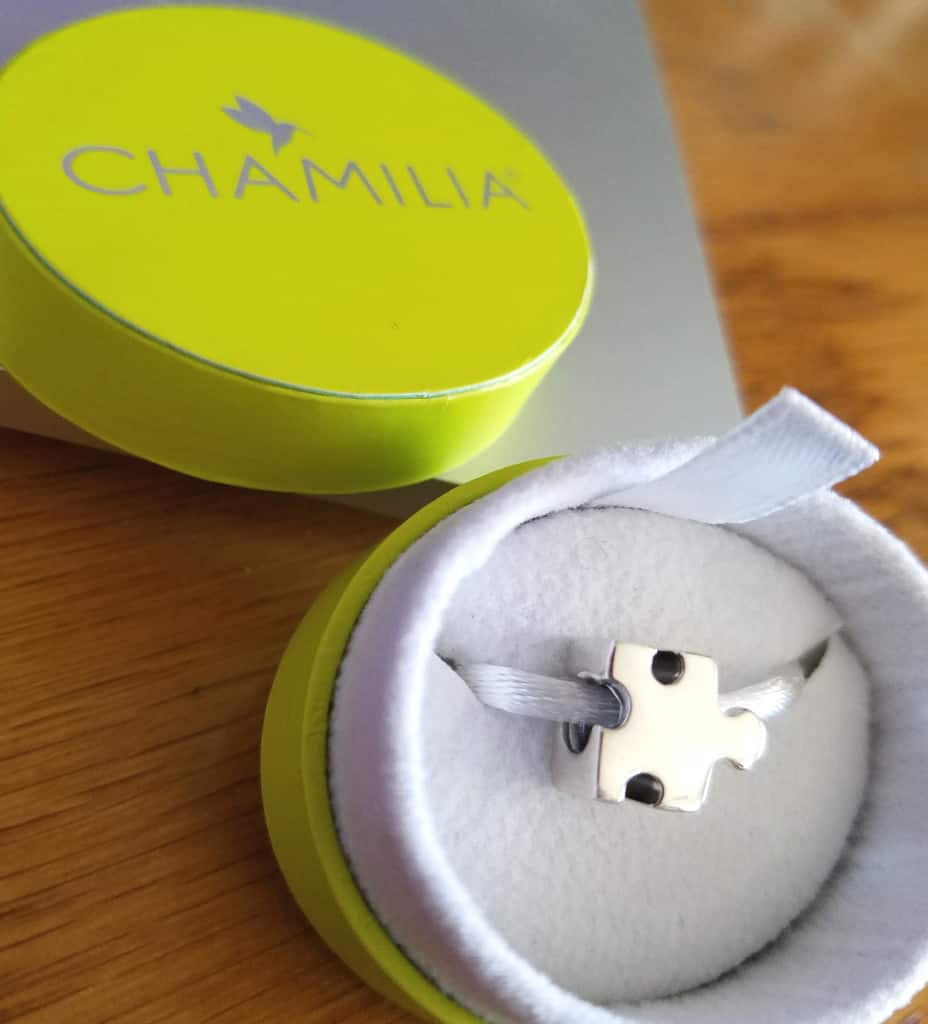 Isn’t it beautiful? I was given that charm by Chamilia in exchange for sharing it with you — which is easy, as it’s now an additional way for me to advocate for autism awareness and action. People see the puzzle piece and ask me about it. It can go on a band or cord, and is available online here. It’s sterling silver and is lightweight, shiny and gorgeous. For only $35, it won’t tarnish and can be worn in many ways — I wish I’d had this early on, I’ve gone through a large number of key chains and bracelets that have turned colors and had to be thrown away. This is something I may keep in mind for future gifts, as it’s a lot easier than a tattoo for those who really are our best supporters. 😉

Autism advocacy is lifelong, once you have a child or someone in your life that is diagnosed with autism. Even when they’re adults, they still will need you around, just at a different capacity. I remember being terrified when my son was four and I attended my first parent support group. I heard these people talking about high school issues and I was crushed. Right now, I’m worried about getting through tomorrow and I have to hear about 10 years from now? It was both good and bad for me to realize that, but now that my son is 15, I know what they were talking about. There are still issues but they are very different. He’s always going to be a unique individual, but that’s a good thing. This is why my brand of autism advocacy, built over the last 11+ years now, is so critical. We need it daily. As I type, I’m waiting on a call from the school. It’s life, and it’s why I work from home. I refuse to leave this part of his childhood to anyone else, and I want his childhood to be as productive and happy as possible. Autism advocacy makes that doable.

Let me know what autism concerns or questions you have. I have so much to share but I’d love to be a small part of your support system. And thank you for reading part of our very personal story. Now go out there and advocate!