My son has been playing football for a few years now, and training takes no time off. This means that he’s practicing and running in the hot summer here in Southern California. Keeping kids hydrated is always a challenge but when temps frequently go over 100, it’s even more important that he drink enough fluids to compensate for what he loses when he sweats. He will be out in the blazing sun running drills and come home beet-red and covered in sweat, yet the smile on his face is a mile wide. That’s why he plays, and why we’ll do anything to help him succeed. Since we’ve added BodyArmor to his weekly list of football purchases, we know we’re doing one more thing to support him and his love for the game. 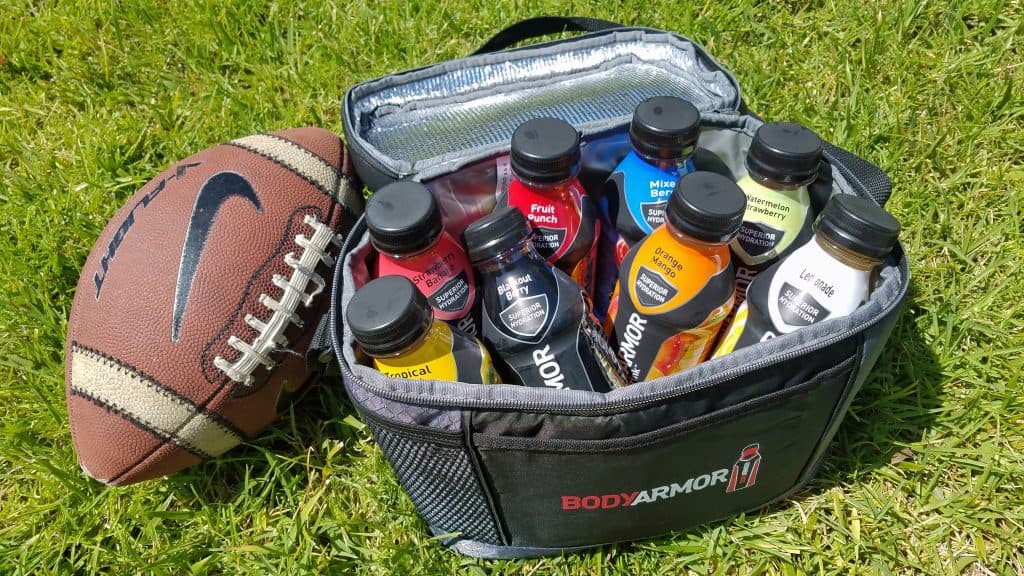 We were introduced to BodyArmor last summer. I’ve had the good luck of being able to work with them again, so they’ve provided compensation in exchange for me sharing my family’s BodyArmor story with you. The photos are also my own. When your son plays his beloved sport, it’s not hard to get him to be willing to let me use his photos in posts! 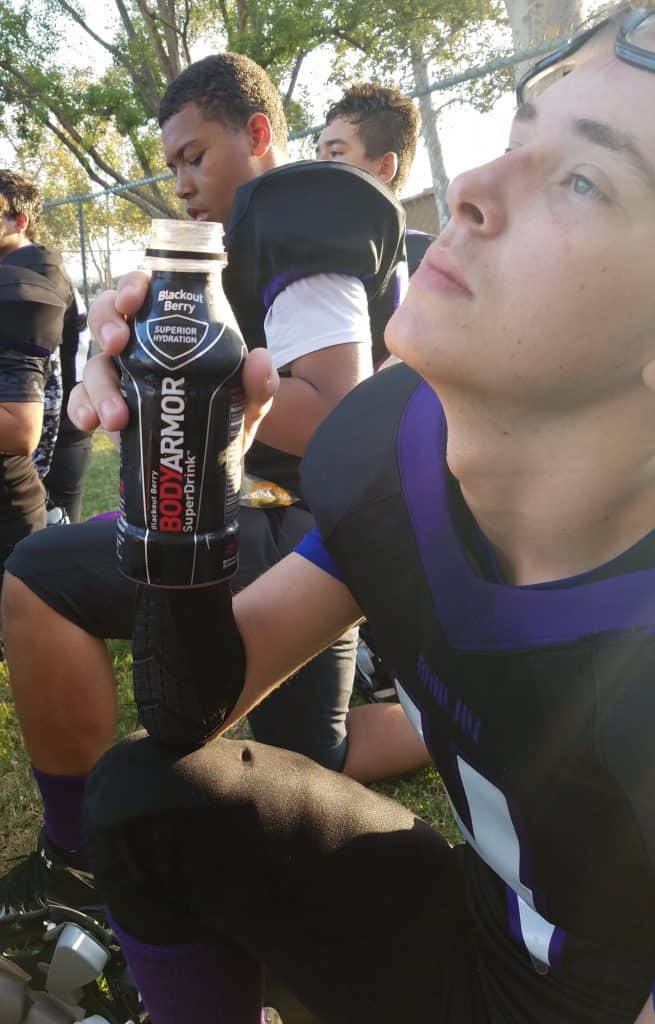 BodyArmor is a unique beverage in that it does a lot for your body while still tasting good. It’s a premium sports drink, low in sodium but full of potassium-packed electrolytes, coconut water and vitamins, with no artificial ingredients or sweeteners. With a variety of nine different flavors available, everyone will have a few favorites. (Mine is the Orange Mango but I also like the Mixed Berry and Blackout Berry. My son likes all of them, but his favorites are Lemonade, Fruit Punch and Tropical Punch.) As a mom who has tried very hard to remove artificial dyes from all of our foods and beverages, it’s good to know that BodyAmor also has no colors from artificial colors. Winning all the way around! 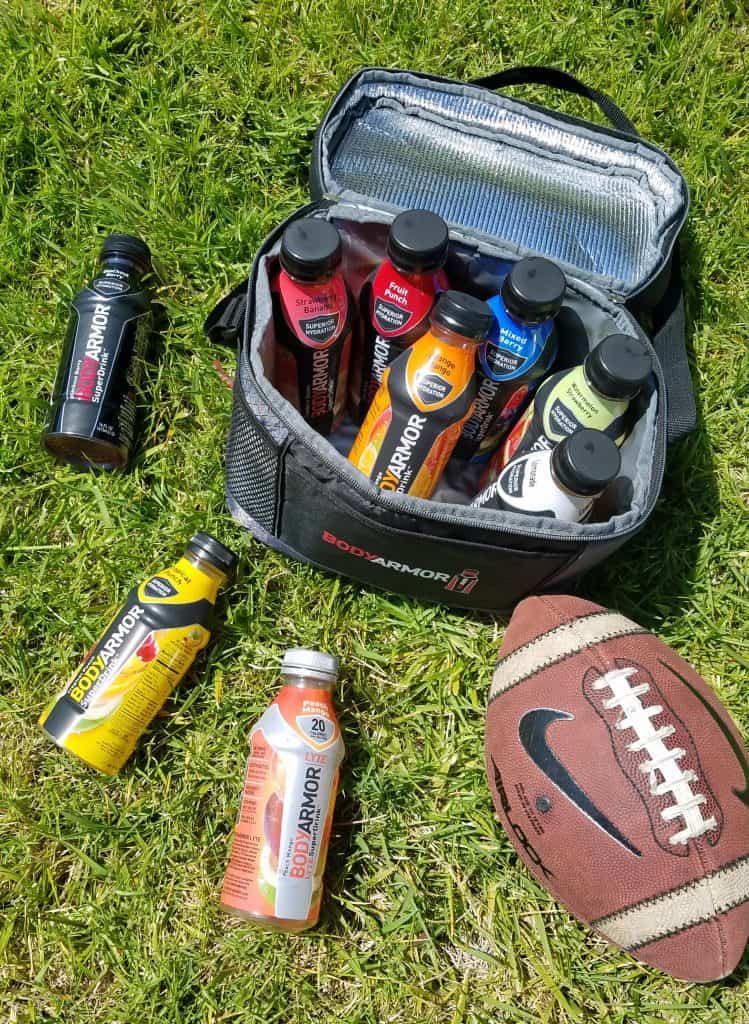 Last summer, I was Team Mom and we took BodyArmor to the field for game day. The thirsty players only had a brief period of time to drink and eat their orange slices, leaving a slew of empty BodyArmor bottles behind as they headed back to the field. 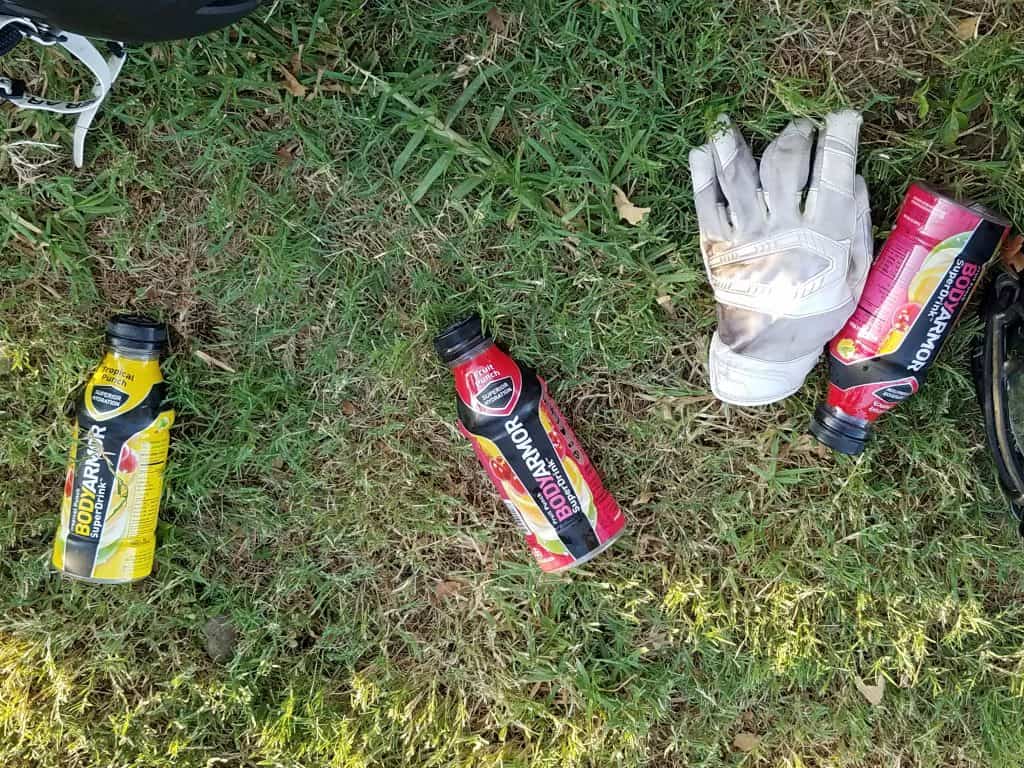 A once-full cooler was empty since we also shared with the coaches and water boys.  Summer games in SoCal are no joke! We play up in the foothills but the heat is incessant and we came to really look forward to night games. This summer, my son is also an assistant coach, fulfilling a dream, and he has already asked if I’d be bringing BodyArmor. “Mom, keeping kids hydrated is something I need to help with on the team!” YES! To him, it’s not just a game but a way of life and what he wants to do in college. I could not be prouder. 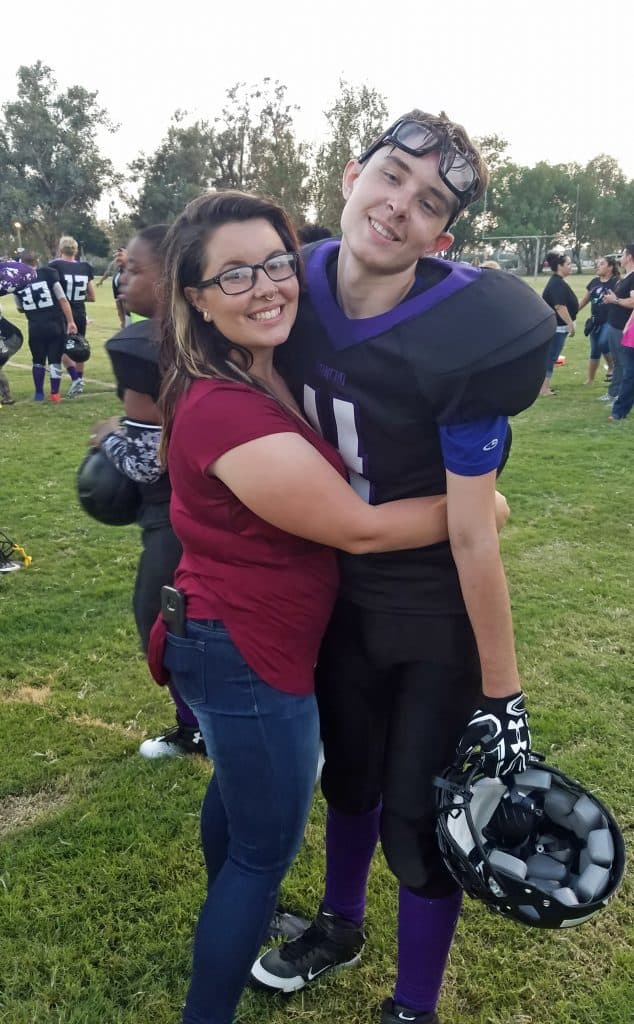 That’s my younger daughter hugging on her brother. I think he’s got a huge fan club already behind him.

In my area, I’m able to buy BodyArmor at Ralph’s, Stater Bros., Vons and Target. I keep a cooler bag in the car, so I can immediately ice up the bottles and they’re ready on the fly. Football isn’t an inexpensive sport to be a part of, but the rewards are priceless. I think most parents of kids in sports will do whatever it takes to keep them healthy and help them have a good time while learning good sportsmanship and teamwork. Keeping kids hydrated shouldn’t be one more stress so let BodyArmor help you out!