This last week, it hit the fan. A big thing happened here in the United States and it got real. A lot of valid concerns all around, no matter what ‘side’ you’re on. Emotions are raw and people are divided. You can’t hide from it, as it’s on the news, all over social media and even just walking into the zoo, I heard people discussing it. Hiding from it isn’t necessarily a good thing but after trying to discuss it with a few people on Friday and Saturday, I learned quickly that I’m not up to it. I’m staying off social media as much as I can. You win, politics and political debaters. I’m done. Happily done. We can’t learn if we don’t listen but it’s a two-way street.

If you read my blog on any regular basis, you see that I love social media. I enjoy working on it. It pays my bills so I’m not going to bash, but it’s nothing more than the people using it and during rough times, understandably it will be rough as well. But enough is enough. I have decided that I have to put up a block on how I let it in my house right now. Facebook serves a big purpose for business, but for personal use right now? Not so much. Even Instagram is becoming an all-too-popular place to vent.

In the rush to discuss our feelings and worries, positive things are ignored. Photos of the fam at the zoo? Record breaking low engagement. People aren’t ready for happy right now. Ready, unwilling, I don’t know, but you can’t throw out the baby with the bath water. Life isn’t all bad and I refuse to let this make me miserable. Hate wins when that happens.

To be clear, I’m not giving up. I’m not ignoring. I’m going to do as I did before Friday. I’ll continue to take action towards a better world and a better future for my children. I’m just not participating in arguments. I’m not wasting time trying explain my feelings, because the fact is, we don’t have to justify them. NONE of us are superior to anyone else for our feelings. Just because someone doesn’t agree with us doesn’t mean they are uneducated. We don’t know what the other person has done to form their opinions, because they’re all based on our lifestyle, our history, our experiences…looking a certain way doesn’t mean anyone can assume our life or how we got there.

Maybe some day I’ll share more, but I’ll leave it at this for right now: I grew up in a dysfunctional household. I paid my own way to college. I married young and was widowed not even four months later. I made a few bad choices, remarried and dealt with domestic abuse. Then I did the single mom sleeping in someone’s spare room with my two kids thing. Worked two jobs just to pay childcare and food. Yeah, I know, not what you guessed, right? Appearances mean zip. Know before you assume or place people in categories under blanket statements because ‘privileged’ may not be what you think.

I also was in the Army during Desert Storm, stateside. Marching in the biggest way. I have lobbied here in California towards things for our kids. I have worked with the schools to pass legislation to improve the health and safety of students. I’ve spent a lot of time working towards the treatment of disabled people, particularly people with autism and I’ve also focused on helping those dealing with domestic violence and mental health issues. I believe in making positive change and I have yet to see evidence that arguing or name-calling on Facebook has done that.

So I’ve made the decision earlier this week to take back my time by staying off of social media for personal use. No more wasting reading things that make my eyes roll or make me say “oh no way, you did not just say that!” No more shaking my head because someone said xx to someone else. No more trying to understand why people believe whatever they read rather than researching. It’s like a train wreck. You don’t want to see it but you can’t look away. It takes a ton of willpower and despite trying, I get sucked in, so the Facebook tab is staying closed. I’m going to utilize my pages app to manage by Facebook business pages, because those are hate- and political-free zones. Sometimes. And if not, I’m outta there as fast as my mouse can move. I’ve bookmarked a few social media and blog groups that are also safe places, where people are still coming together in positive ways about their businesses. I won’t let this hurt my business because not only will that impact my family negatively, but it hurts the economy. I want to see us all succeed. And we can.

I’m using the time I would have spent on Facebook working on my editorial calendar. I’ve sent out an invoice, written a few business emails and my grocery list is complete. When I would have pulled up Facebook drinking my coffee, I’m listening to a Podcast and paging through a couple of business magazines. Yes, habits die hard and later I’ll probably absentmindedly go to open up Facebook later….until I mentally slap my hand. Listening to hateful diatribe isn’t healthy. It causes stress which leads to higher blood pressure and more headaches. Who needs that? We have some control, if we exercise it.

It’s hard to find unbiased sources of news right now, which may not change, but they are out there. Staying out of the nasty fray doesn’t mean you aren’t staying aware of what’s going on in the world. It’s just honing in on the best places to do it. I want to know what’s going on, so I can know what I feel I need to do, but I don’t need to fixate on it. I can take steps without arguing with someone about it.

Re-assign your time: those things you’ve not had time to do lately? Do them. Pick up that pile of magazines and start reading. Make a menu plan for the week. Color. Make a list of things to do tomorrow. Once you notice what you haven’t had time for, you can make time for it.

Become organized! I’ve been using my planner on a daily basis. Instead of little lists all over, the planner is a command center. I use a purple pen for Dangerous Cupcake tasks/events and a blue pen for personal. The business gets black….because I’m in the black! (That’s a true statement, but it’s fun to be a little silly when we can and punny is silly.)

Fit in a workout. Today it was running a few miles. Yep, not being tethered to a piece of electronics is really that freeing. You don’t realize how much time you spend until you don’t spend it anymore.

Learn something new. In addition to those podcasts and magazines I mentioned, I’m reading a book in my ever-growing pile of social media books. I spent about 10 minutes on Duo-Lingo, keeping my Spanish polished. A few minutes on a vocabulary site getting points from answering definition questions is a fun way to add new words to my writing. (Here on the blog, I write pretty informally but I get paid to write in other forums, so I do need to present professionally.)

Clean those baseboards. I know, not exciting at all..but necessary. A few minutes here and there and before you know it, the whole house is done. Pick a task. Keeping your house clean doesn’t need to be done in a few hours once a week.

Those hobby supplies gathering dust? Put them to use. Make someone a gift.

Or, start a blog. Write. Design. 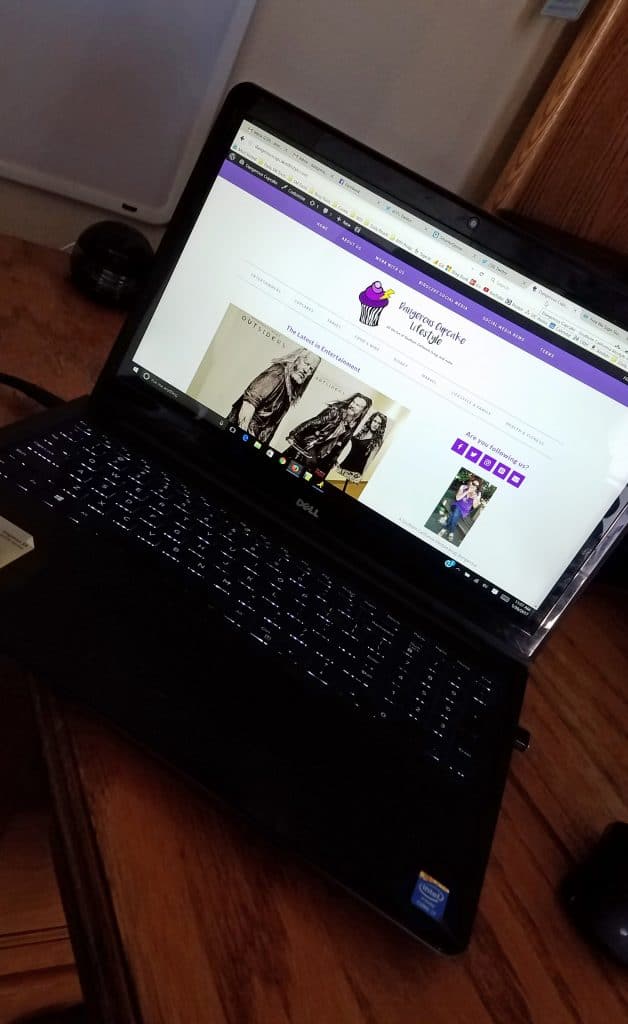 I also refuse to engage in a discussion about politics outside of the house. You can usually smell it a mile away, the person just chomping at the bit to throw out a person’s name or blame someone. A couple of times I’ve wanted to say “You’ve been waiting to find a way to work that into the conversation, haven’t you?” I get it. We want to vent and air fear, but pick your poison. Pick your person, too. And a little self-control goes a long way, because I don’t want to hear you assume that I voted a certain why while you’re about to take my blood pressure at the doctor’s office. For seriously. High and mighty attitudes or proclamations or superiority rants serve no one; it turns off the very ear you may be trying to bend. When I’m watching an event or about to take a bite of amazing food, I don’t want to hear a ‘clever’ yet misinformed comment about any political figure. Staying off social media is just one part of it all.

I can’t carry anger 24/7. No one can. No one should. If you loved someone before all this mess, you can still love them now. Do what you need to do to help the world, the country, your family, your neighbors, yourself. We need to do that, but I choose to do it without hate.

Mom life after the 4 kids grow up🥂🏎🐾
Lifestyle~Travel~Food~Crafts~Entertainment
Collabs: donna@dangerouscupcakelifestyle.com

I couldn't let National Tequila Day get by without

Two years ago, I did something pretty new for me:

Who didn't get a good laugh out of the first Space

It all started with a mouse! Happy 66th to my favo