It’s okay to admit that you’re new to The Outsiders. I was. I saw a little here and there while flipping through channels, but I never managed to see a whole episode at once. When I got invited to an evening to celebrate that The Outsiders premieres on January 24, hosted by Ok! and Star magazines, I said yes then sought out a way to see what I had missed. And wow, I had missed a lot. So be like me and get on the whole catching up thing now. If you missed the Outsiders marathon on WGN yesterday, you can see the entire first season on Hulu. Whatever you do though, get ready, because January 24 is coming fast. 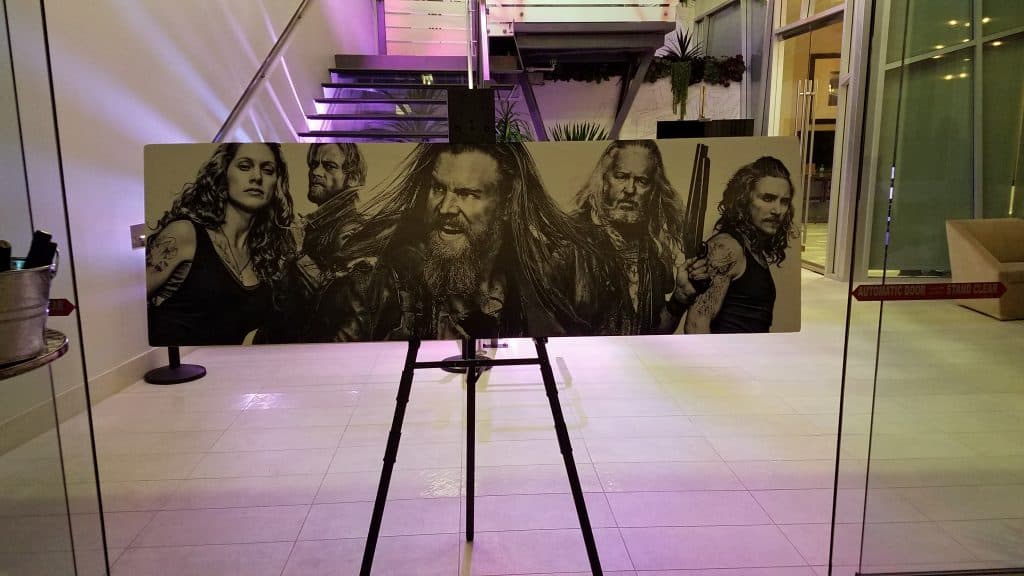 Without any spoilers, The Outsiders is the story of a family with a Scottish ancestry who has been squatting on an Appalachian mountain top in Kentucky for generations. The Farrell family has their own distinct way of life that’s difficult to explain. It’s a mix of old school and new, entirely off the grid and without all the trappings of money, machinery and new age electronics. When the “Losties,” as they refer to the towns people at the base of the mountain, threaten their way of life by heading up to mine coal, the Outsiders have to seek solutions to not lose their beloved home. With the help of their Bren’en, or their queen, they forge forward with all the drama that ensues, including the death of one Bren’en, the installation of another…and then there’s that king who went missing under questionable circumstances. It’s not without romance, and you’ll find yourself pulling for the relationship between young Hasil and his “Lostie,” Sally-Ann. 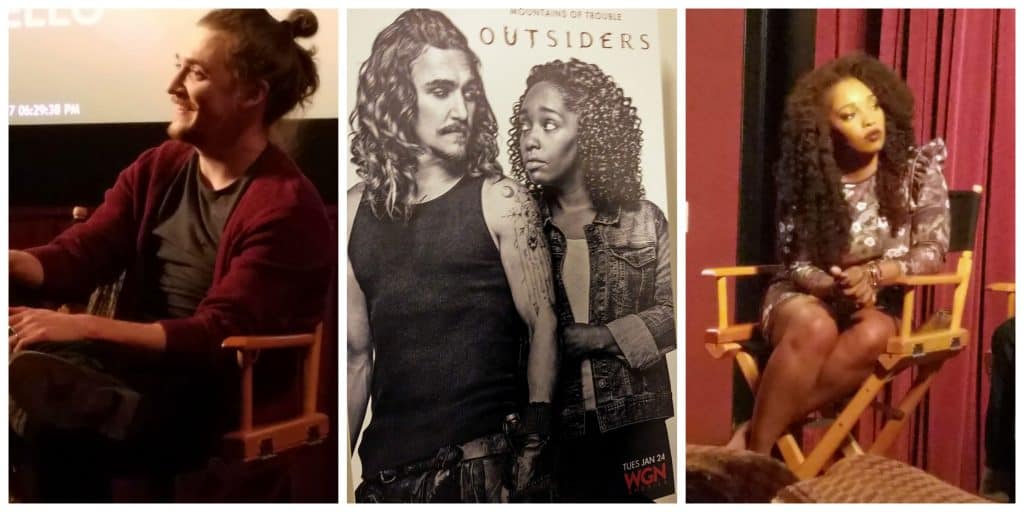 The Outsiders will suck you in. Very simply put, the story line struck me initially as disturbing, as there is some violence — but once you start to understand the reasons, you find yourself liking various members of the clan, even those you know aren’t inherently good. Each member has reasons why they act as they do, with the underlying cause usually being love of their history and safely for them all high atop their Kentucky mountain.

Give The Outsiders a chance. You’ll recognize quite a few names, such as David Morse, Ryan Hurst, Kyle Gallner and Christina Jackson. The press event also included a Q & A session with Kyle, Christina, and the two Peters, Peter Mattei and Tolan, both Executive Producers of The Outsiders. (Paul Giamatti, also an Executive Producer, was not in attendance.) We didn’t really get any spoilers for the upcoming season, but we did get a chance to learn more about Christina’s history prior to The Outsiders (she was on Boardwalk Empire) and that Kyle does most of his own stuntwork, sometimes resulting in bruises. Both Peters talked about the depth of the characters and the compelling story that needs to be told. 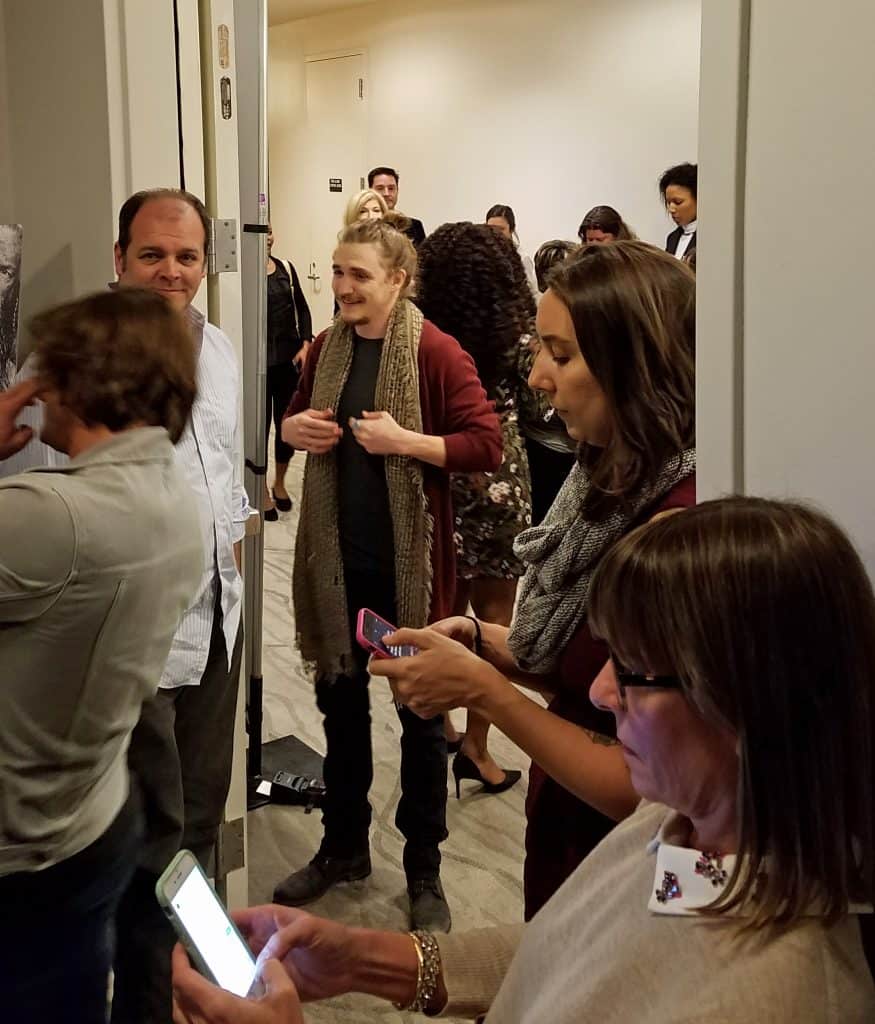 Season 2 of the Outsiders premieres on January 24 on WGN. And thanks to Ok! and Star magazine for a great party! Themed cupcakes, snacks and champagne while everyone chatted with the cast and magazine crew. 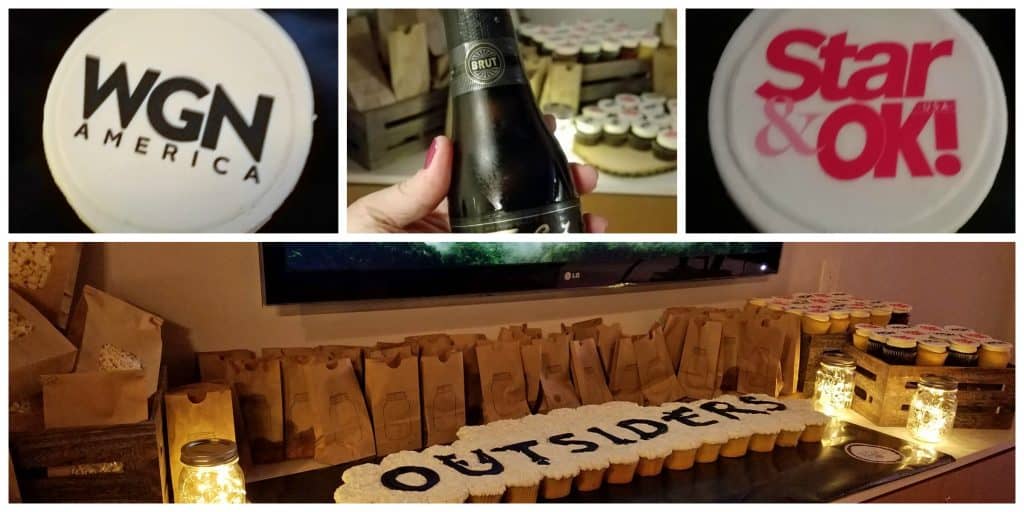 We also got to try the infamous Farrell shine. My friend and I enjoyed the 70 proof sample and joked we needed to make it at home…to watch during the premiere, of course. Little did we know we’d be sent home with some. We’ll be busting this out on Tuesday night. Come watch with us! 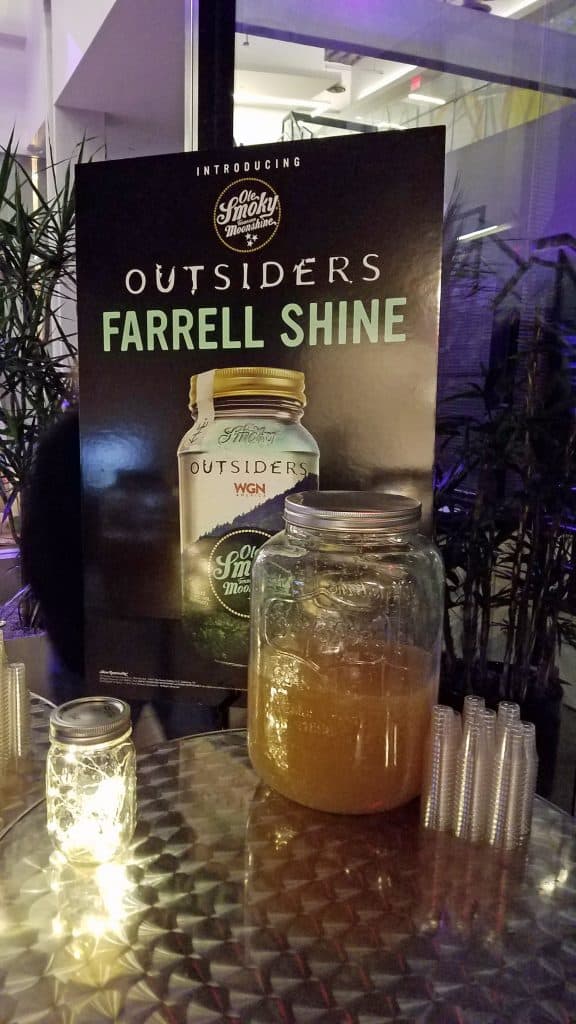