There is quite a line-up coming to Dolby Cinema in 2017. If you’re interested in this year’s movie slate, keep reading. Dolby Cinema has a lot planned for the year! 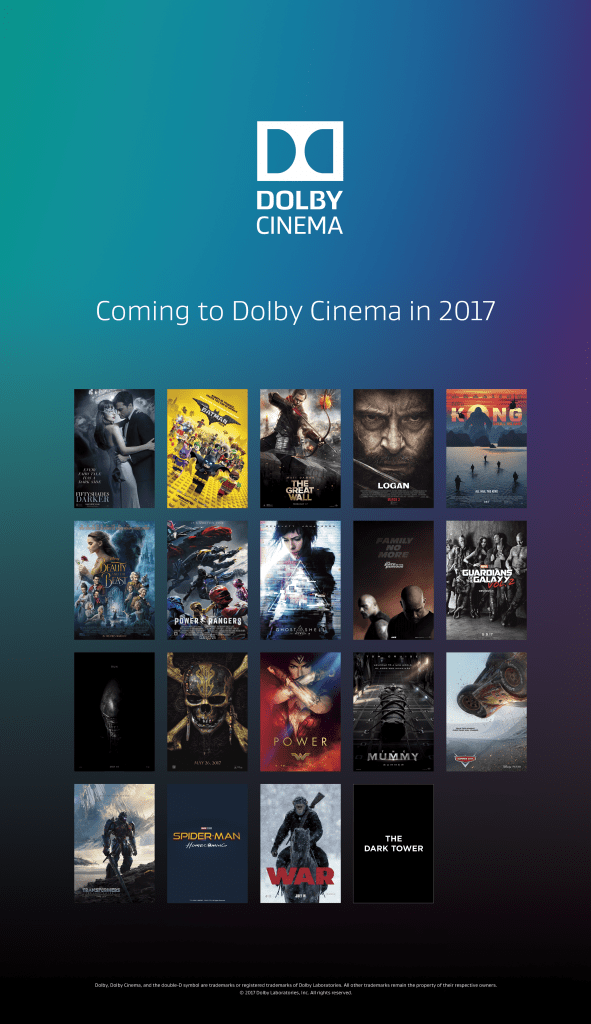 Here in Southern California, we have a number of AMC Dolby Cinema theaters available. The last time I was in one was to see Suicide Squad in 2016. That was such a fun show, made better by the surround-sound and special Real 3-D type of sound system. Every time the Joker laughed or there was a crash — which was frequently, given the story — the sound was literally all around us. It made the movie experience so much better.

I’m not sure which of the above movies I’m most excited to see at a Dolby Cinema. I’m leaning towards Kong: Skull Island. Because Tom Hiddleston. (If you don’t like him, I am going to shake my head in silence for you. You are missing out!) I also want to see the 20th Century Fox’s Logan. Hugh Jackman looks amazing and I love the commercials of him trying to train his extremely strong daughter. And then there’s 50 Shades Darker. I was a big fan of the whole 50 Shades book series and I loved how the plot really got fleshed out (see what I did there?) in book #2. I’ll never forget sitting in an NYC airport, waiting to catch a flight home, as a pop star and her family waited next to me. The dad was reading book #1 and I was on #4. He quietly leaned over, looked around to see who was listening, and said “I’m loving this book. Do you recommend I keep reading or is this the best in the series?”