You are here: Home / Disney / The Finest Hours and Why You Need To Go See It
Tweet
Share1
Pin
1 Shares

The Finest Hours by Disney, coming out on Jan. 29

I’m not a water person. I like long baths and relaxing on a float in a pool, but the only boat ride I’ve ever really liked was the Alaska northern passage cruise we took a decade ago. Oh, and the Heart of Sailing cruise one morning for my son.  However, I’ve always been fascinated with shipwrecks. Hmmm, correlation? Maybe, but regardless, I’ve visited many sites of shipwrecks and near wrecks, from the northern east coast, the Carolinas and anything else I can get to. Despite my disinterest in actually getting on a moving body of water, I am amazed at the heroics of the people who do it, day in, day out, to save people. Even if I hadn’t been invited to see this pre-screening or attend the press junket, this is a movie I’d see, just for the chance to see what’s called the most incredible rescue in Coast Guard history. 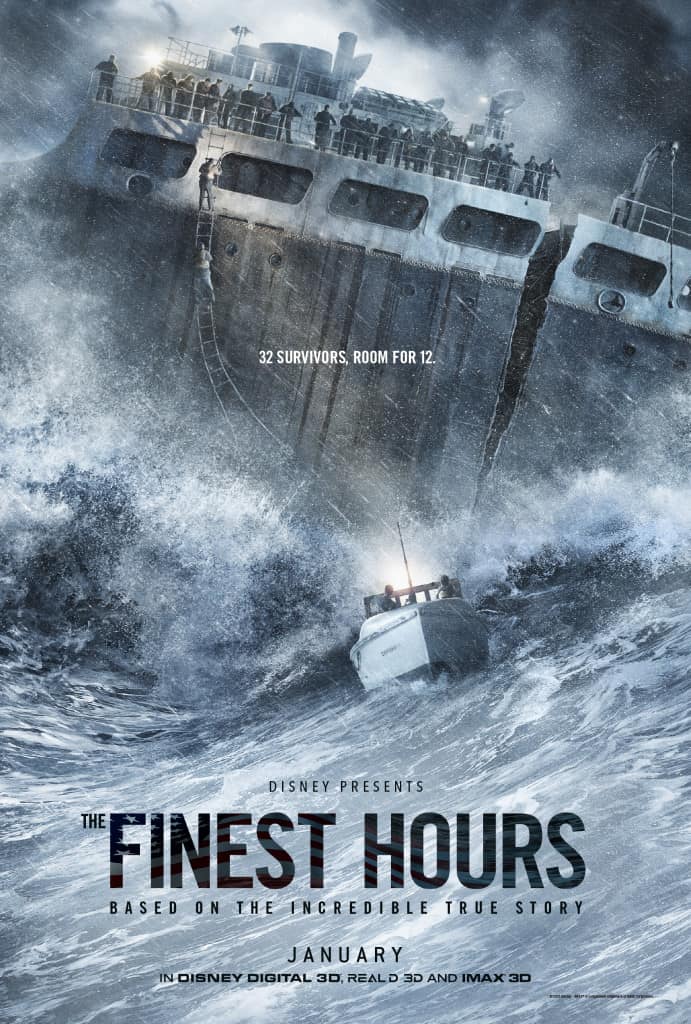 Back in 1952, the storm of the century hit the eastern coast of the United States. Two tankers were out there and almost unbelievably, both broke in half. One, the SS Pendleton, immediately got the attention of a Coast Guard unit, and the other, the SS Fort Mercer, was left hanging — until a 36-500 was sent out from Chatham, Massachusetts, to attempt a rescue. It could hold 12 people, and there were 33 people left on board the tanker, information that no one knew. 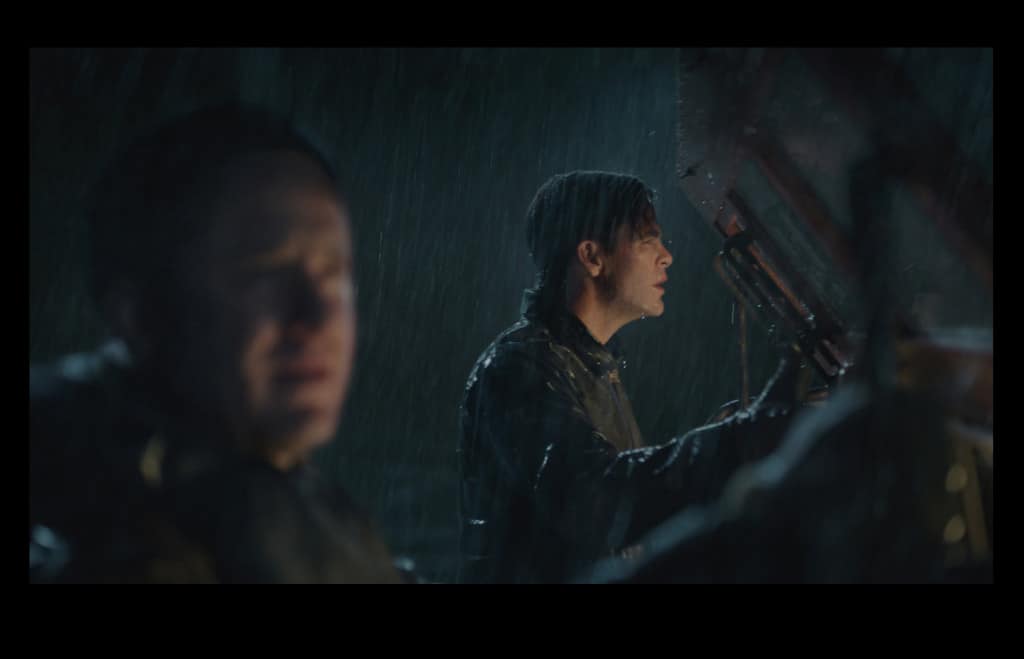 Chris Pine stars as Captain Bernie Webber in Disney’s THE FINEST HOURS, the heroic action-thriller presented in Digital 3D (TM) and IMAX (c) 3D based on the extraordinary true story of the most daring rescue mission in the history of the Coast Guard.

Starting with a 14-minute foundation for the romance between Bernie Webber (Chris Pine) and Miriam (Holliday Grainger), the movie then jumps into the rescue attempt. I was immediately sucked into the story line and before I knew it, I was holding my breath. More than once, I’d find my hands clenched and my mouth open as I watched the 36-500, led by Pine and his second man, Richard Livesey (Ben Foster)  and the volunteer crew heading out to cross “the bar” and get to the tanker. 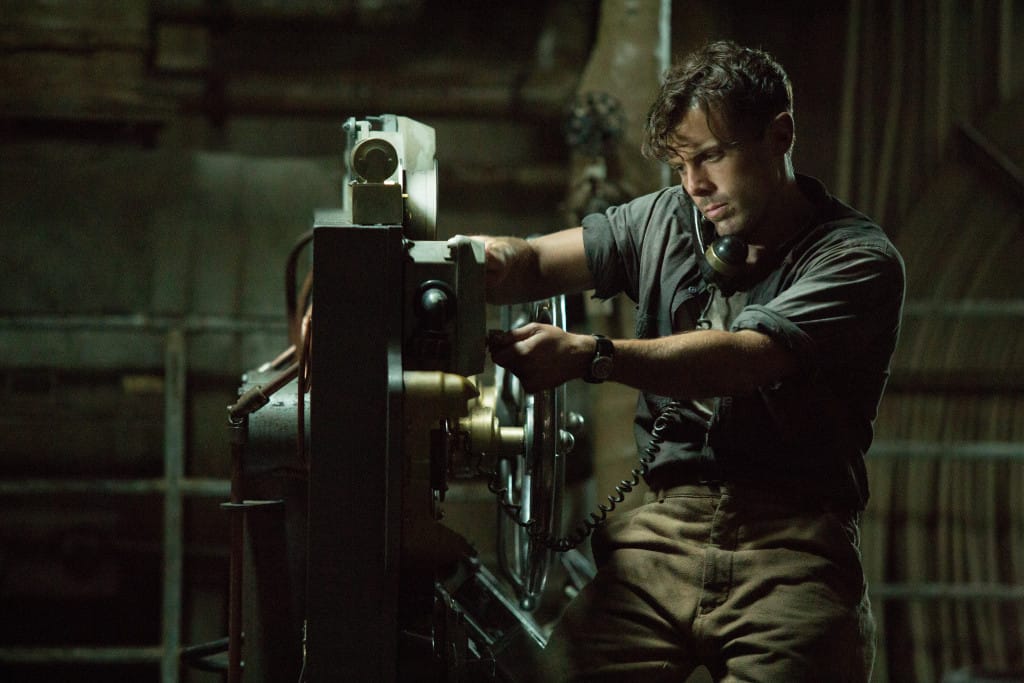 Ray Sybert (Casey Affleck) and the crew of the SS Pendleton struggle to keep their ship from sinking in Disney’s THE FINEST HOURS, the heroic action-thriller presented in Digital 3D(TM) and IMAX (c) 3D based on the extraordinary true story of the most daring rescue in the history of the Coast Guard.

Meanwhile, the tanker had lost its captain and the crew was as fractured as the ship. With various people fighting for leadership and trying to direct the actions of the remaining people on board, Ray Sybert (Casey Affleck), the quiet and stoic engineer, became the last-minute captain, charged with the choices that would make or break the survival of them all. 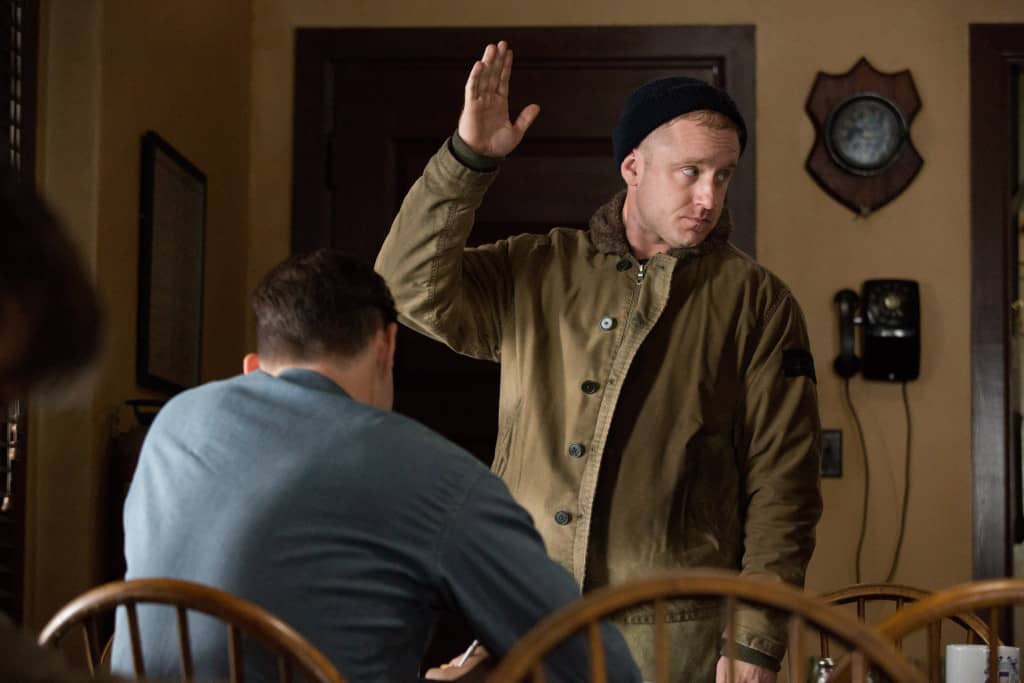 Ben Foster is Richard Livesey in Disney’s THE FINEST HOURS, the heroic action-thriller based on the extraordinary true story of the most daring resuce in the history of the Coast Guard.

With the movie cutting back and forth between the two crews, the movie feels a lot shorter than its 1 hr and 54 minutes run time. The story line is fast-paced and gives you  just enough of the background on the relationships of those at the Coast Guard — and some of their guidelines versus rules — to understand Bernie’s role at the Chatham station and his hesitancy to take his relationship with Miriam to the next level. While I felt there was something that had happened to Miriam that shaped her reaction to Bernie heading out to sea, they didn’t flesh it out but the real-life daughter of Miriam came to the set to help her flesh out the role. Miriam speaks her mind, and while she’s respectful towards the men she meets, she is more forthright than many in her day and it’s partially what draws Bernie to her. Her tenacity plays a part in completing the rescue, though you want to yell “Put on a coat!” 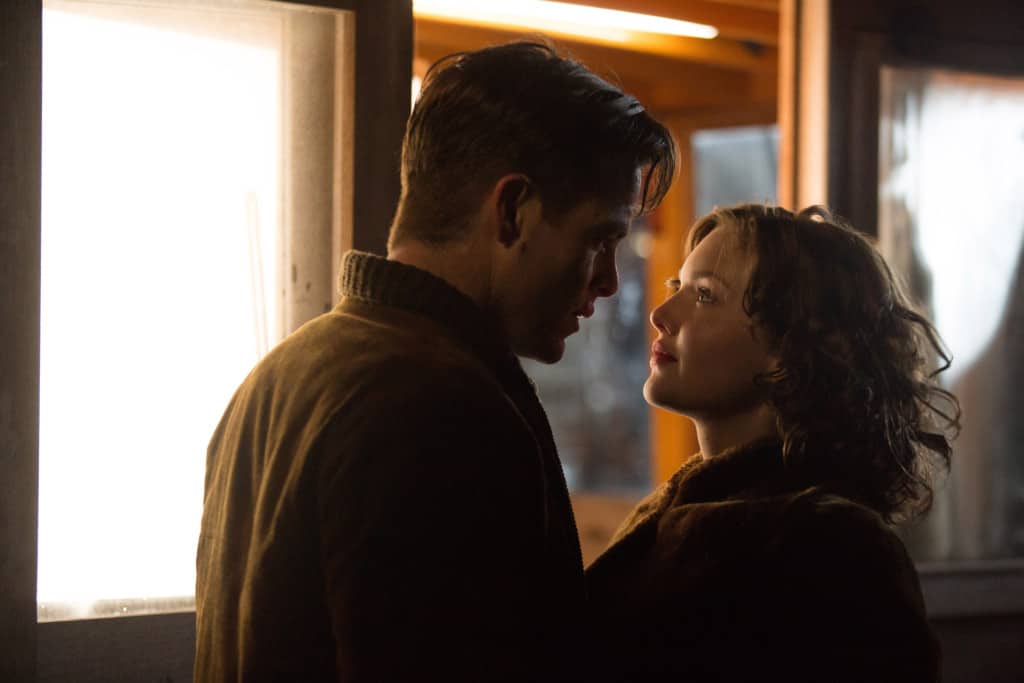 Chris Pine stars as Bernie Webber and Holliday Grainger as Miriam in the heroic action-thriller THE FINEST HOURS, based on the extraordinary true story of the most daring rescue mission in the history of the Coast Guard.

People in Chatham are a tough bunch, in only the best way. They were used to sending out the men of their community into harm’s way and coming together when one of them didn’t make it back. As Bernie says “In the coast guard they say you go out, they don’t say you gotta come back.” 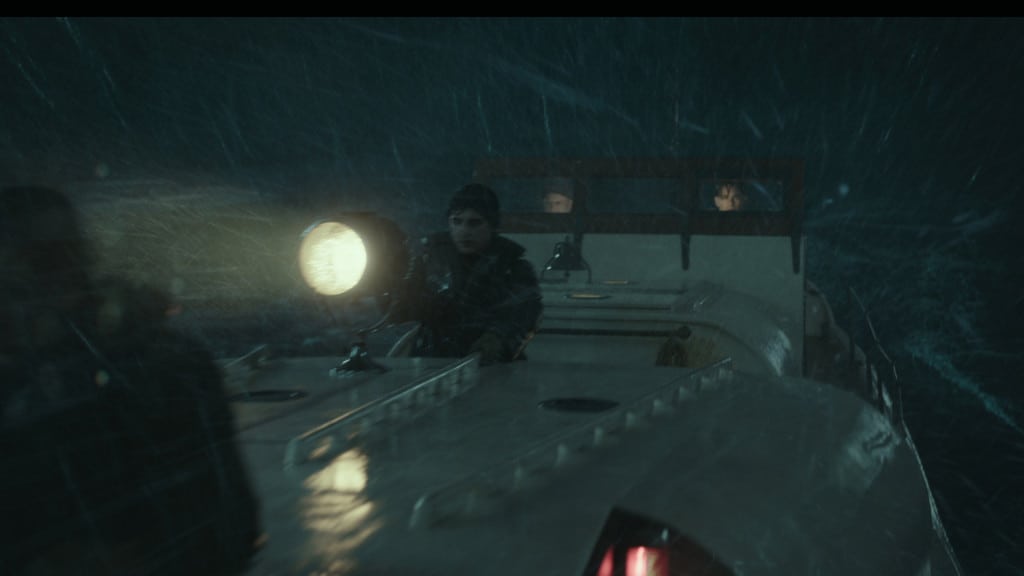 Ervin Maske (John Magaro), Andy Fitzgerald (Kyle Gallner) Richard Livesey (Ben Foster) and Bernie Webber (Chris Pine) are the brave men who set off on the most daring rescue in the history of the Coast Guard, in Disney’s heroic action-thriller THE FINEST HOURS, presented in Digital 3D (TM) and IMAX (c) 3D.

Go see the Finest Hours — not just because it’s a good, action movie with a strong plot, but because it’s an honor to the real “Coasties,” the true heroes of the Coast Guard that inspired this harrowing tale of rescue amongst 60′ waves and treacherous weather that no one had ever done before, and has ever done since.

(To read about my interview with some of the cast, go here. I have hottie pictures there, that’s one handsome cast.)