You are here: Home / Disney / Teasers From Season 6 of Once Upon A Time: My Interview With the Creators
Tweet9
Share
Pin
9 Shares

If you’re a fan of Captain Swan, Snow White or even just fascinated with Rumple, you’re in luck — I’ve got some teasers from Season 6 of Once Upon A Time!

This past week, I was whisked off to Hollywood for a three-day press event in honor of the premiere of Disney’s latest live action movie, Queen of Katwe. (It comes out everywhere on September 30, but is showing in limited locations now.) It was a whirlwind of activity, and the first event of the day on Tuesday was getting to be the first people to see this season’s premiere episode of Once Upon A Time, ABC’s hit show based around a town called Storybrooke and real-life characters from all your favorite fairy tales. Sound interesting? You bet it is. 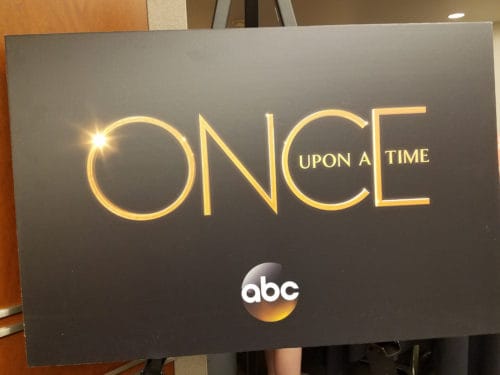 Cursed by the Evil Queen to live in the real world, each character brings its own history, baggage and emotions. Relationships are not what they’d appear to be and you never know what may happen or who may appear. Once Upon A Time will keep you on your toes, yet even if you’ve not been watching the show yet, give yourself a few minutes to get sucked in. It won’t be long before you understand the story line and want to watch more. (If you want to get caught up without watching all the episodes, you can find a brief summary of each of the five prior seasons here.)

Once Upon A Time fans are diehards. If you look for #onceuponatime on Twitter, you’ll find a lot of people discussing characters, what will happen to them this season, sadness about Robin and what they want to happen next. I sent out tweets right after the interviews with the creators and Executive Producers and immediately had people asking me for more information….information I didn’t have, because the episode is full of looping everyone back in after a few months of watching repeats and giving brief ideas of what’s coming. Such a dedicated fan base!

We were able to meet with Edward Kitsis and Adam Horowitz (left to right in the below group photo we took) who gave us a few hints and tidbits, as well as some ideology about the show’s creation and growth. 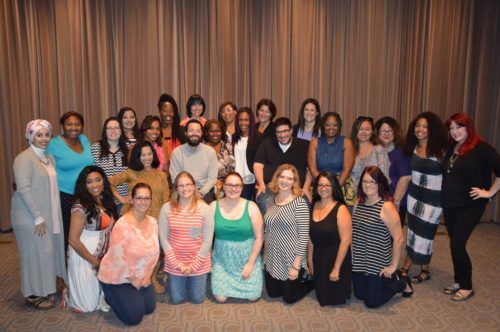 Teasers From Season 6 of Once Upon A Time 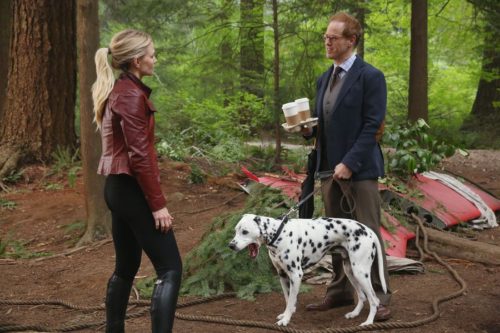 Regarding the show’s creators, they do indeed listen to social media — a common question asked of television creators in press interviews. Yes, they hear what’s said and they take it to heart, but when social media’s ramping up a discussion about Episode 1, the creators are already working on Episode 10. They do love the feedback, but they equated it to when you read a book; you, the reader, is on chapter 3, but chapter 14, the last in the book, is long written and published. There’s no changing it. 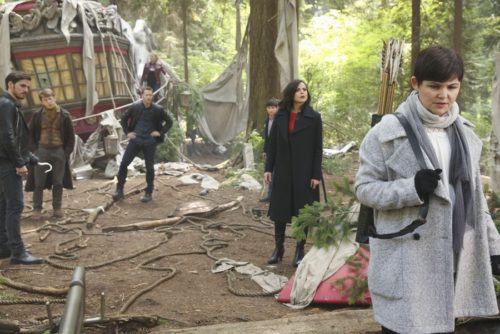 “This is a show about the journey, and that’s what it’s about. And we’ve asked people to come on a road trip with us.”