You are here: Home / Lifestyle / Being Kind to One Another and Kicking Meanness to the Curb
Tweet
Share
Pin
0 Shares

Maybe it’s an age thing. My youngest kiddo of four is now 15 and I’ve had to wisen up throughout the years. Maybe it’s just that I’m too busy and don’t have the time that I should put into relationships. Or maybe it’s just that I work at home and I’m more isolated than some until I make the choice to go out and be social. (Or I’m forced to drive to Target or to a food store or some other errand I hate, because I really do like hanging out at my house.) Or maybe I’m just weird. Regardless, each day, I wonder more and more why we females can frequently be our own worst enemies instead of being kind to one another. The last week, I’ve been stewing on an article about it and figured I can’t be alone.

Turn on the TV at any time of day and you’ll inevitably run into a news segment or a marketing approach designed to encourage and uplift women. We want people to accept us no matter our size, how we look and what we do. We, as a whole, don’t like marketing that disparages women and God forbid if a political candidate or sports commentator says something we feel is offensive to women. We expect to be paid the same as men and we don’t want to be treated as any less and we’ll get pretty vocal if you aren’t respectful. Don’t airbrush our photos, show us how we really are! We’re beautiful! AND we have brains! Don’t mess with us! It takes a village. All that.

That’s all cool, right? So why do we do that yet turn around and talk about each other? Why are we sending different messages out into the universe and to our kids?

Did you see the dress she was wearing? Who wears something with a bra strap showing? That was so last season anyway. I was laughing to myself and couldn’t wait to get online to tell you about her shoes! She’s too old to wear them. And that department store bag, O M G. She ought to get to the gym some more. Doesn’t she know that grey isn’t really distinguishing? I could help her meet people but no way, she went to a state university and not Ivy League so I can’t hang out with her at an event. She went out twice last week and got a sitter; what mom does that? Her kid uses a pacifier and he’s three! Not sure why she got that social media gig, she can’t put a sentence together and she’s got less followers than me! Seriously, a Challenger? (That last one happened to me.)

But do you see my point? We get our underclothes in a bunch when strangers do it but then we turn around and do it to each other and somehow that’s okay.

What is it that causes us to forget that we could do so much more together than we can when we’re tearing each other apart? Why care what someone else wears, how much their bag costs, who someone knows or what their job is. It astounds me how we’ve gotten so interested in looking for something nasty to say rather than paying attention to our own scuffed ugly flats, mouthy child, bouncing checks or tight waistband. Why are so we concerned with looking cooler, funnier or better somehow by bashing someone else? Is it jealousy or just an innate sense of entitlement to talk about others as though we’re superior? Is it resentment because of inability or you weren’t invited? Or do we need a security boost that we got when someone else agrees with something we say? Seriously, why?

I’ve been a victim of it, too. I’d like to say it was in high school, because that’s what it felt like, but it was pretty recent. My new car was knocked by someone and someone else told me about it. No clue why, but I can’t sit around and worry about it as the only thing it reinforces is that people can be one way to your face and another when you’re not in the room. How hard is it to say “congratulations” to a promotion, new car or engagement, even if you’re having a bad day? This is one more way we can build each other up, because your trip to Hawaii doesn’t hurt me at all. If you’re going to Hawaii, good for you! Have a blast and take the drive to Hana, you’ll love it. Bring me home some fruit.

Bashing on something cool, or deliberately ignoring it, says volumes more about the speaker than it will ever say about anyone else.

The fact is this: knocking someone else down doesn’t change your stature or location. You’re still there, same place as before. Being mean doesn’t make you better; you’re just a mean person unafraid for people to know it. (And people do know it.)

Full disclosure — I’m not immune. I came home from yoga the other day and told my daughter about how a person put her mat way too close to mine. How dare she! <Sarcasm> I instantly went into personal space mode, but I had nowhere to go without being obvious and I’m not into overt shows of rudeness, so I sat there fuming for a few minutes that I was going to be having a backside looming in my face. Turns out, as I was quietly wondering why someone would so defiantly put herself right next to someone in yoga, she whispered to her friend that this was her first yoga class. Ever. Here I was judging her as being uncaring and pushy, when she was just new. I felt bad. And then her friend nudged her to move her mat away. I’m also quite sure that before I had a different child, who turned out to have autism, I judged other moms for not making their kid quiet down or not wearing socks when it’s cold out. And yep, there’s been more than once that I’ve thought “Those are tights, not leggings, where is your shirt and why doesn’t someone love you enough to tell you?” I will stop short though of taking a photo of what I feel is your fashion faux pas and putting it on social for others to mock. (That doesn’t make someone look cool or clever either. Mean. All the way around.)

We’re human, it can be normal to think this way, but we don’t have to voice it. We have choices and we can do better. We can be as good as we expect things to be in the media and we can make it easier for the media to understand.

Being kind to one another isn’t that hard.

Because life is short and there are things we have no control over, I’m going to exercise my control when I see this stuff anymore.  I’m going to at least do my best and hope I make a difference. My choice is to walk away or unfollow you if I hear you laughing at someone, mocking them or talking down about them. It’s just not cool. I’ve never been impressed by stature or material belongings. (But word, I am totally gaga over a few celebrities and still have a blast interviewing them. There’s a difference there and I will totally admit to being starstruck and in awe. I also get super-excited at some cars and will push you to the side, gently, to get to Chex Mix caramel crack at a party.)

Don’t like someone? That’s fine, but move on already. You don’t need a posse of people to bash to just to make your crappy day better. Keep that nastiness in your head and help make the world a nicer place. The most humble of people are frequently the ones that are the most fun to be around. I aspire to be like them and they make me want to be better. You laughing to me about how a co-worker carries that no-name bag? Not so much. 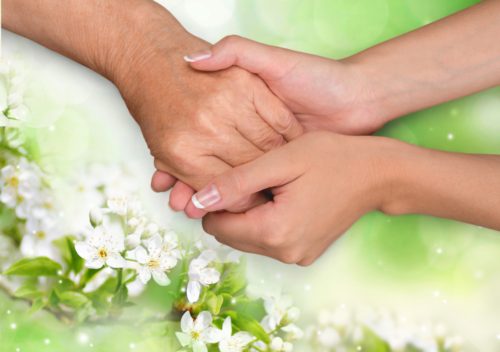 Let’s walk the walk that we push to the media every day. Let’s make each other feel beautiful, let’s share our talents. Let’s work on being kind to one another. Let’s not hold advertisers to a different standard than we demand them to present to the world. Let’s send our kids messages by our actions, not just our words, and particularly not our words on Facebook. Let’s decide to be the dissenting voice who says “enough already” instead of putting up with it because it’s too hard to tackle or because we’re afraid of being the next target. We can’t change people, but we can be honest that what they’re doing is wrong and stand up for other people in the process. We teach our children to not take guff from others at school and to not be bullied, so it seems at cross-purposes to me when we’re so contrary in our relationships.

Let me know what you think! Being a woman trying to break new ground in today’s society can already pose challenges, why make it worse, right?