It’s Tuesday morning right now, I’m sitting at my kitchen table in baggy gym shorts and a t-shirt, happily snacking on Harvest Snaps instead of a regular breakfast. MammaChia drink on my left, long list of bloggy deadlines to my right, and I couldn’t be happier that I’m not leaving the house today. Why? Because I spent the entire weekend down in Anaheim doing all the things with Disney and I’m slowly coming off my Disney high, happy to share that we had the Guardians of the Galaxy — Mission: Breakout ride experience in all its glory! 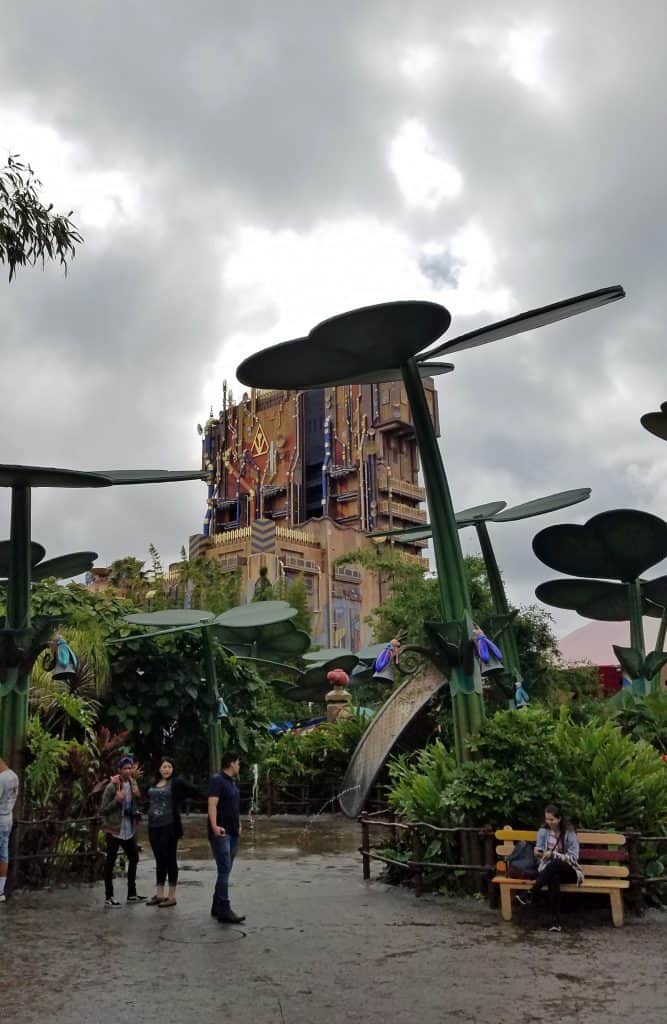 Disneyland’s California Adventure is currently hosting Summer of Heroes, or #SummerofHeroes on Twitter and Instagram. (Check it out for fun random photos of the parks and families having fun with Marvel-related food, rides and entertainment!) 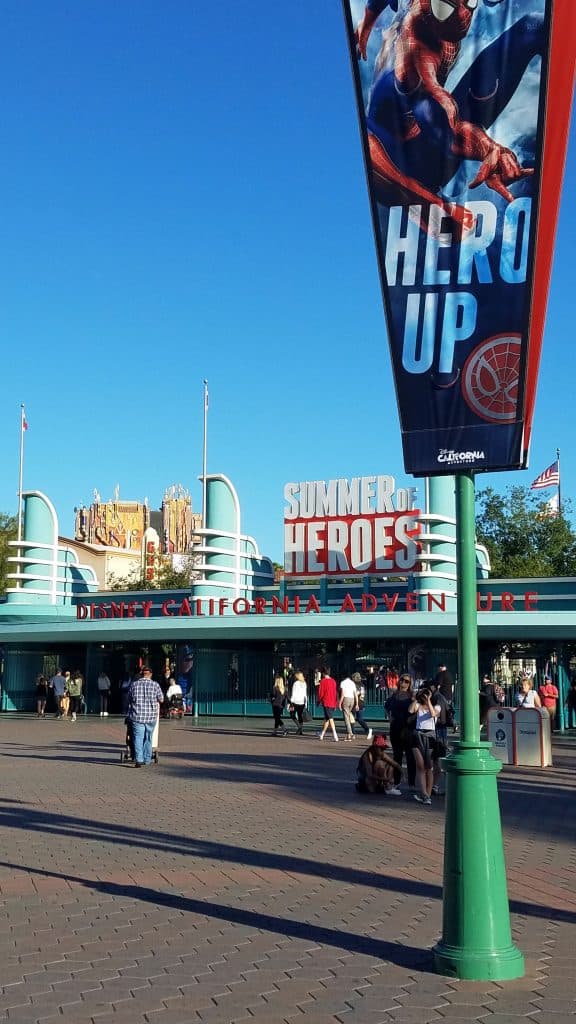 You enter the Summer of Heroes area near the new Guardians of the Galaxy — Mission: Breakout ride, which used to be the Tower of Terror. You can’t miss the ride, with its shiny exterior objects and unique standout decor. You walk past Marvel-inspired food and drinks, like the Groot bread and the world’s most dangerous tacos. 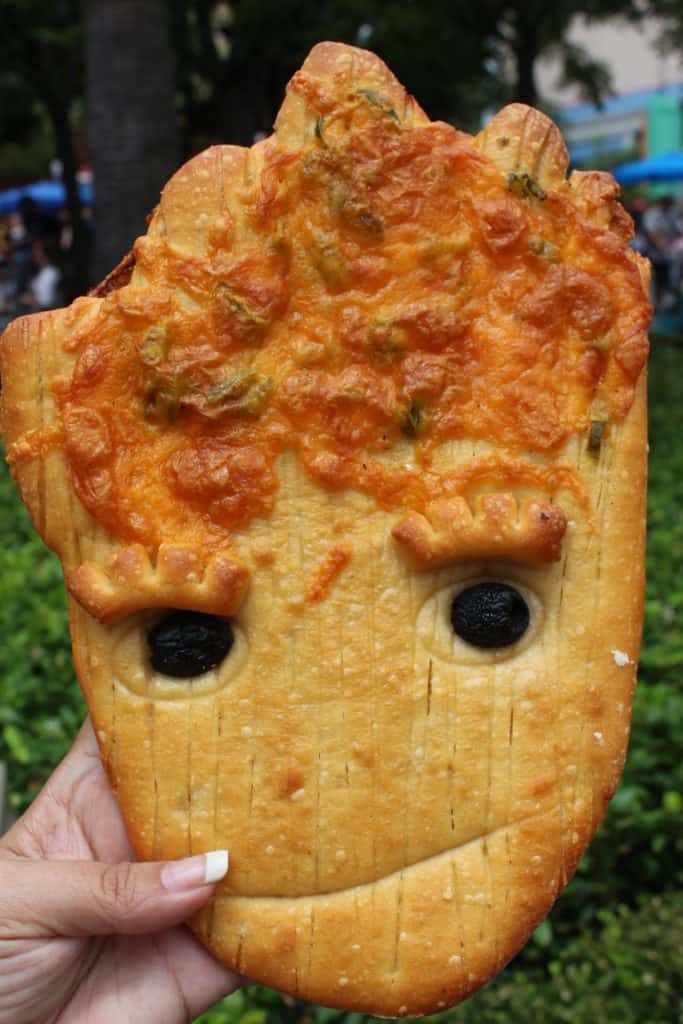 Then you’re there. It’s huge and colorful and just as exciting as I’d hoped it would be. Just like the movie, the exterior of the ride is just the perfect combination of offbeat style and retro looks. 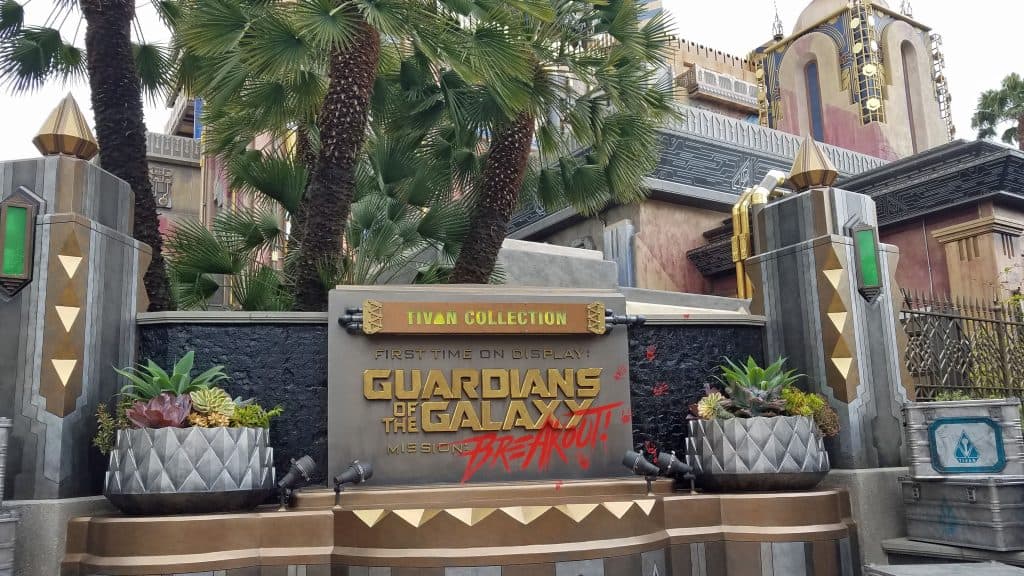 My only regret is that in my haste to get on the ride is that I didn’t take the time to snap a selfie at the door. We were given fast passes by Disney (along with the park hopper tickets, as a thank you for attending and covering the Cars 3 press junket) so we zoomed right through the door and into a very short line. 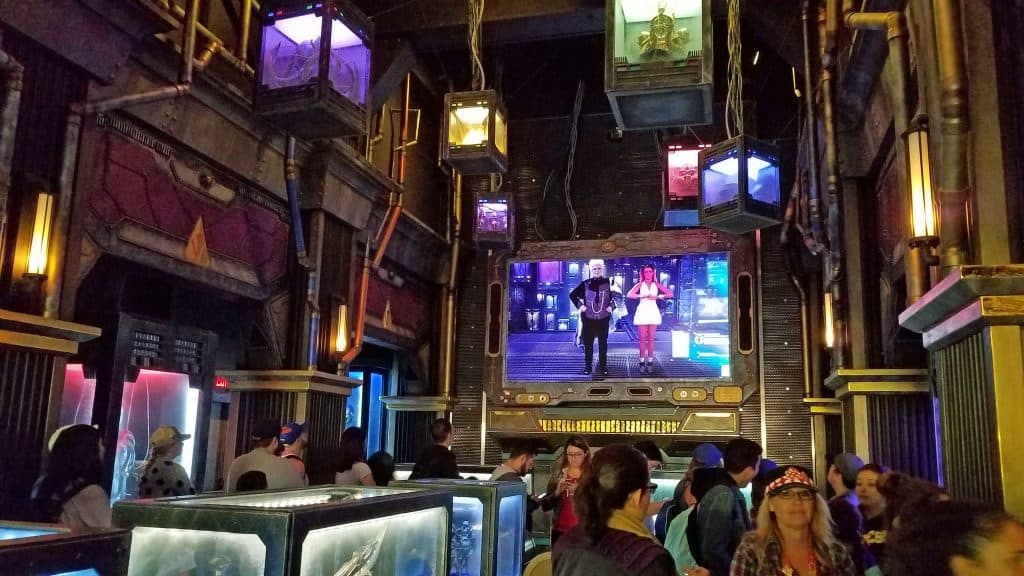 *Word of advice: if you’re visiting Disney’s California Adventure with the intention of riding Mission: Breakout, head to the ride early. If the line is already too long, get your fast pass right away. They only give out so many and with the huge popularity of the new ride, they run out early. 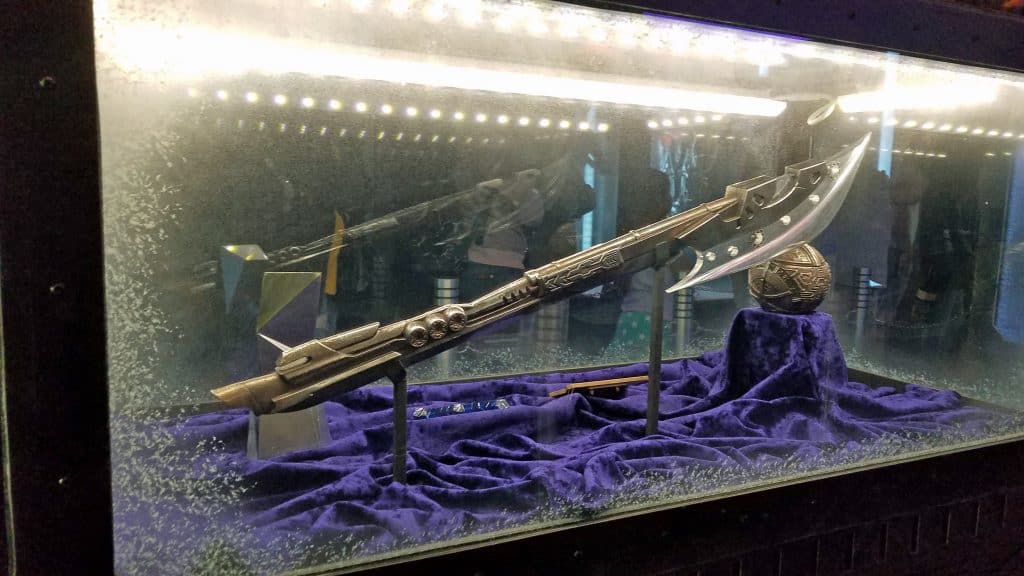 The interior of the ride is inspired by Tanileer Tivan, the Collector. While waiting, you get to see various weapons, costumes and pictures, just as though you’re in the Collector’s fortress. Of course, the soundtrack will be familiar if you know Peter Quill and his mix tapes at all. Before you know it, you’re entering the Collector’s office. Then you’re on the ride, aka the Gantry Lift, watching a video screen of the Collector, who is interrupted by Rocket, explaining his plan to breakout the Guardians.  Look around as you are waiting, as you’ll recognize some items if you look closely! I won’t spoil any of the ride itself, but I will tell you that the digital effects are spectacular, and there are some surprises. There is so much more to the ride than you expect and the Mission: Breakout ride experience is something you’ll remember for a long time! 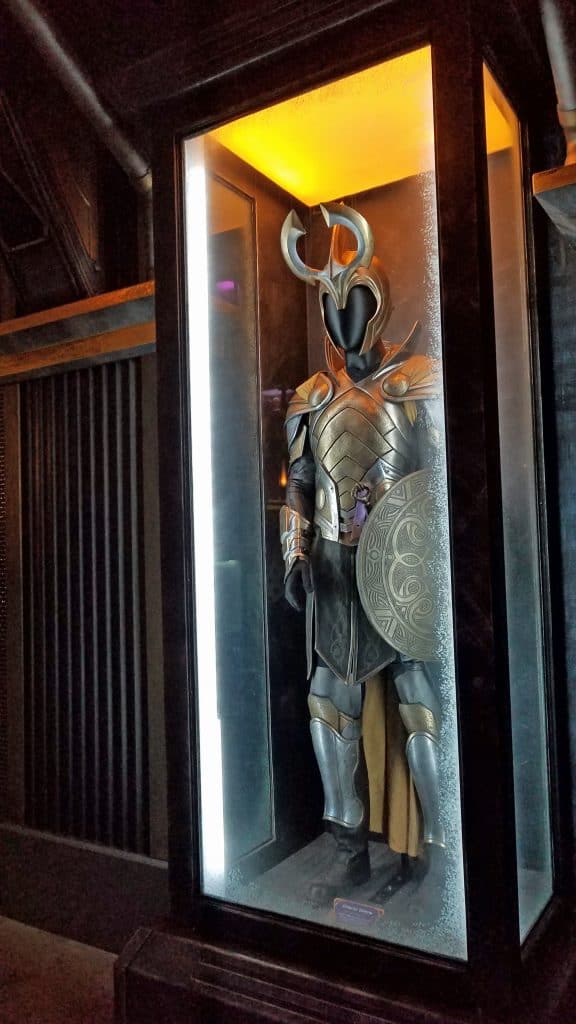 The ride just opened on May 27 and was created as a collaboration between Walt Disney Imagineering and James Gunn, Director of the Guardians of the Galaxy films, Kevin Feige (President of Marvel Studios) and Joe Quesada (Chief Creative Officer of Marvel Entertainment). They pulled out all the stops in creating a ride that’s reminiscent of the movies, gives a nod to the Tower of Terror history yet fully immerses you in a new space-age experience that goes all too quickly. 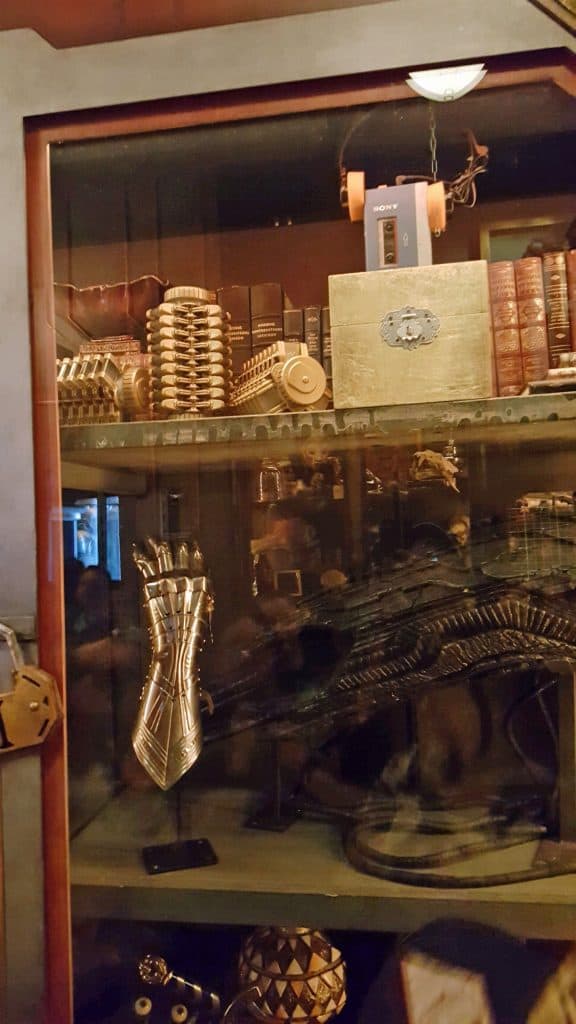 There are also Marvel-inspired musical interludes and characters wandering the park for photo opps. Keep an eye out, you may just walk right past the Black Widow or Captain America. 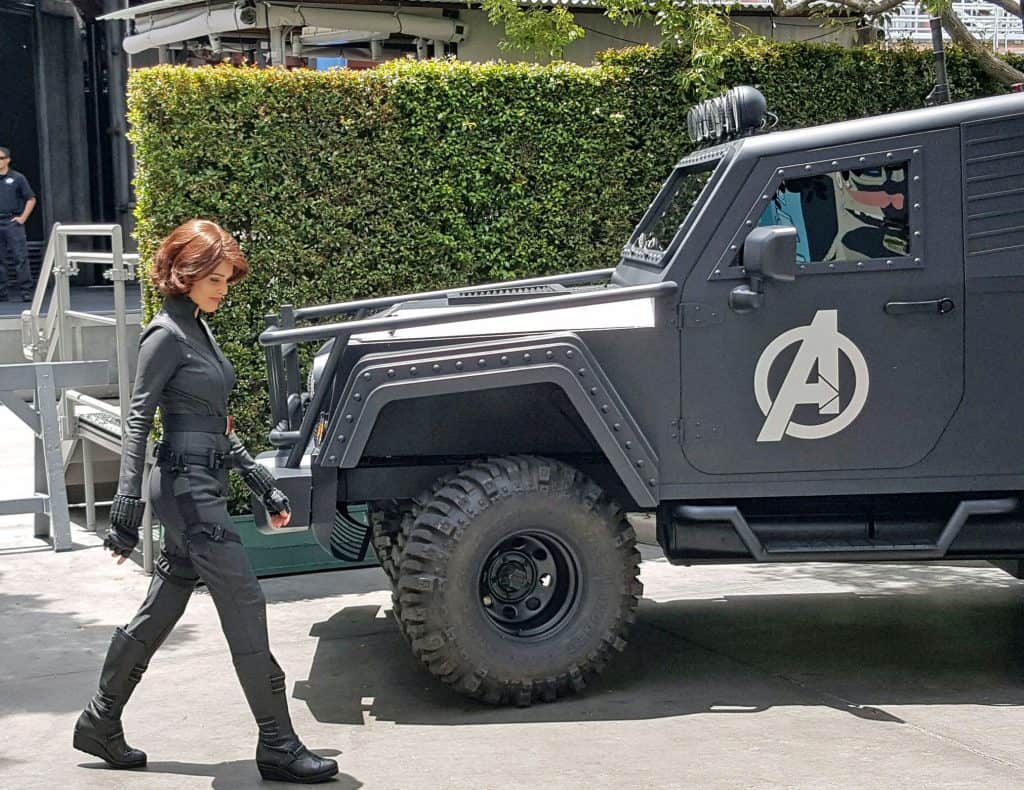 There’s a lot of new Marvel gear available in the DCA and Disneyland shops, too. I scored a new Guardians of the Galaxy — Mission: Breakout hoodie, the coolest square Thor mug on the face of the planet, and a Loki pin I’d been missing. I’m still on the hunt for the Thor pin, they were out again but I know I’ll run into it somewhere along the way. Like so many other visitors to the park, we carry a backpack that starts off small but has a lot of expansion room yet still fits in the bag net under the seat of Soarin’ Around the World or by your feet on the coasters. (A backpack with water bottle holders on the outside is worth its weight in gold on a hot day like Sunday. If you’re new to visiting the parks, a backpack with numerous pockets, water bottle holders and other outdoor sections to slide in things like a cellphone is your best purchase.)

Park hoppers are still the best investment, in my opinion, if you’re only visiting a few days, but otherwise, a Disney Annual Pass is by the far the most economical choice. The passes come in various price ranges depending on what blockout dates you’re okay with. Passes also give you discounts on purchases and if you’re like me, that’s justification to buy the pass right there!

Enjoy your time at Disneyland, Disney’s California Adventure, Cars Land and of course, Guardians of the Galaxy — Mission: Breakout. Don’t let lines stress you out, drink a lot of water and take breaks when you can to extend your energy for the long day ahead. It’s Disneyland, the happiest place on earth!