You are here: Home / Entertainment / I Want In On This Kind of Book Club!
Tweet
Share
Pin
0 Shares

I love to read, and over the years, I’ve always said I wanted to join a book club. But what kin of boo club? I never found one that I liked enough. Mysteries, drama, love stories, biographies…none of the offered opportunities ever fit. BUT….if someone had said, “Hey, Donna, we’re starting a book club and our first book is 50 Shades of Grey,” I’d have been ALL OVER IT.

I am a 50 Shades fan, but I’m also a fan of the leading ladies in Book Club: Diane Keaton, Jane Fonda, Candice Bergen and Mary Steenburgen. Their leading men aren’t too shabby either: Craig T. Nelson, Andy Garcia and Don Johnson. If you know the 50 Shades movies, you know that the story is a little, uhm, steamy at parts. Imagine if you join a book club expecting one thing and then find out that you’re going to read about a red room?

These ladies take it in stride though. They are all going through different stages of life, problems and things that many women of all ages can relate to, and the new book club makes some changes to their lives. Not everything that happens is a good thing but their hilarity and circumstances show us that love and life enjoyment can come at any age. It also makes me think I want to be as hip as they are at that age!

Book Club does have innuendo and language, so it’s not for young children It moves quickly though and is only 103 minutes long, so it’s a fun movie for a girls’ night in or just a lazy afternoon hanging around the house. My recommendation? Pour some wine, take the bottle to the coffee table and settle in for the duration. 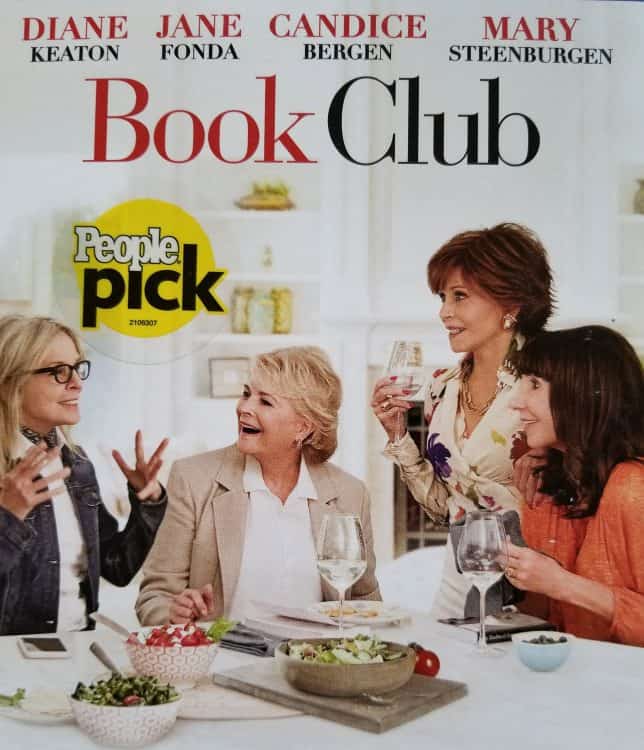