The first week in August, I was invited to attend Ralph Breaks the Internet press day in honor of Wreck-It Ralph 2! I enjoyed the first movie, but it had been a while since I watched it. It all came back quickly when I entered the hallowed halls of the Disney Studios Animation Building in Burbank. The walls were covered with artwork from the movie and around a corner on the way to a conference room, we passed a life-size statue of Ralph, which I, of course, had to take a picture with! 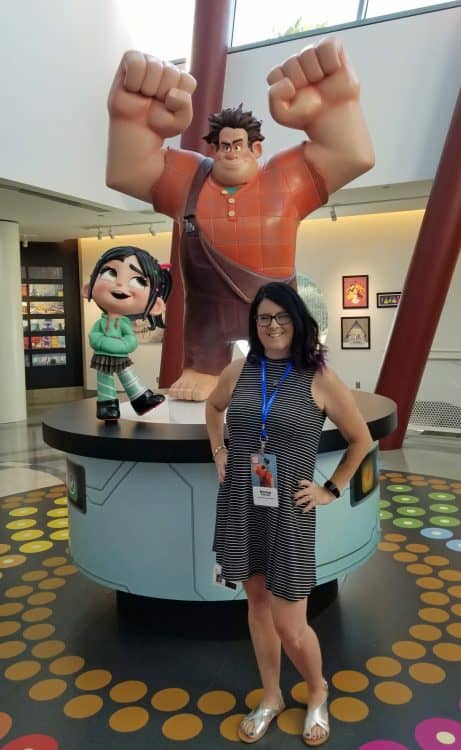 Then we passed THE VIDEO GAME. How cool is this, right? 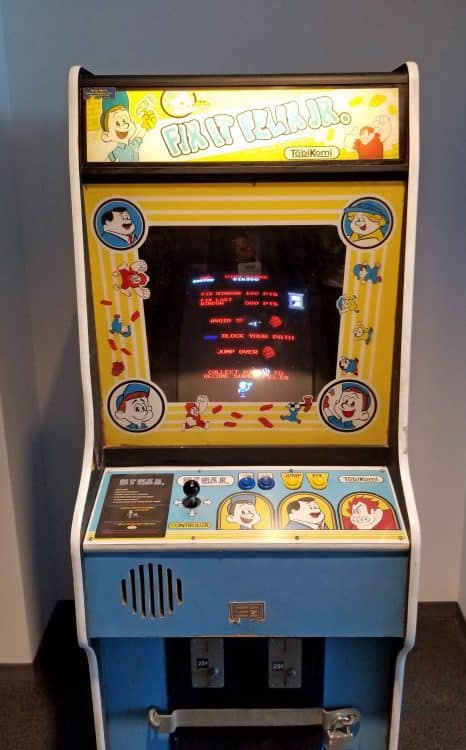 As with any Disney press junket, there was amazing food, and the food for Ralph Breaks the Internet was internet-themed. Check out these “Instantgraham Cheesecakes!” (They were also really tasty.) 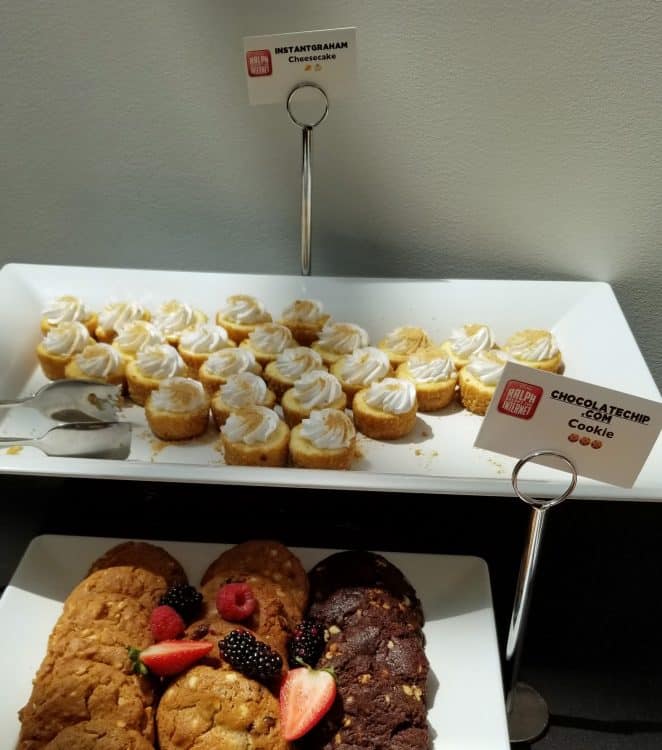 After eating, we broke up in groups to listen to various members of the animation teams, as well as Director Rich Moore, Phil Johnston (Directed by/Screenplay by) and producer Clark Spencer. I love these breakout sessions, because not only do we get to learn a lot, but we get to see pieces of the movie and a lot of inside scoop. These types of press days have given me a whole new appreciation for animated movies! I never used to know how long it would take to create a movie (like, years as opposed to months), the sheer volume of man hours spent by hundreds of people, and the innumerable departments and teams brought in throughout the creation and development process. Once you hear some of the facts they shared with us, you’ll watch an animated movie in an entirely new light. 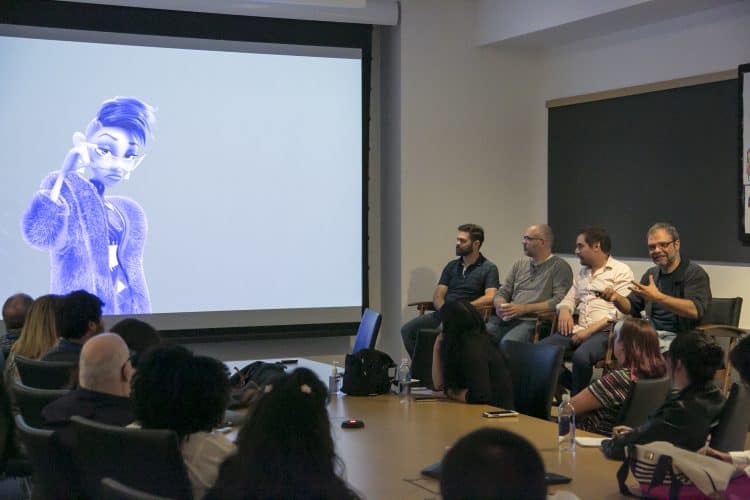 Another fun part of the early press days is seeing concept artwork, including the initial ideas and their evolution through to the finished project that you see on the big screen. Team leaders explain the process and then we all partake in a Q&A session at the end of each breakout. It all goes so quickly and before we know it, we’re done! 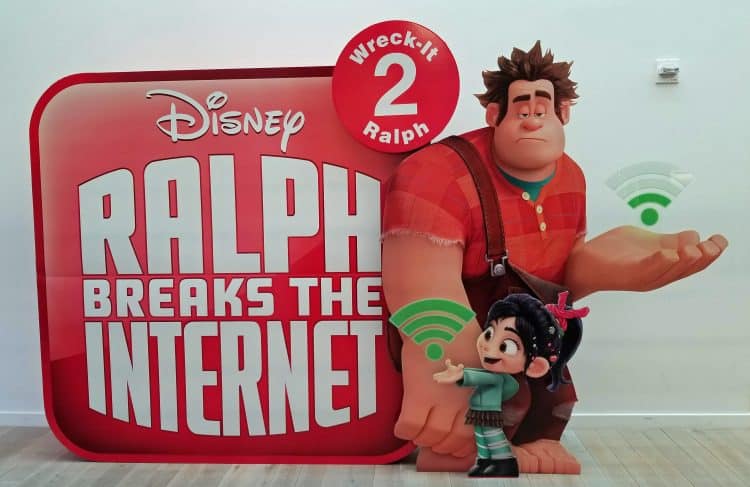 The Ralph Breaks the Internet schedule was broken down like this:

The experience of all the people above was amazing. To be in the same room with so much talent? Spectacular! 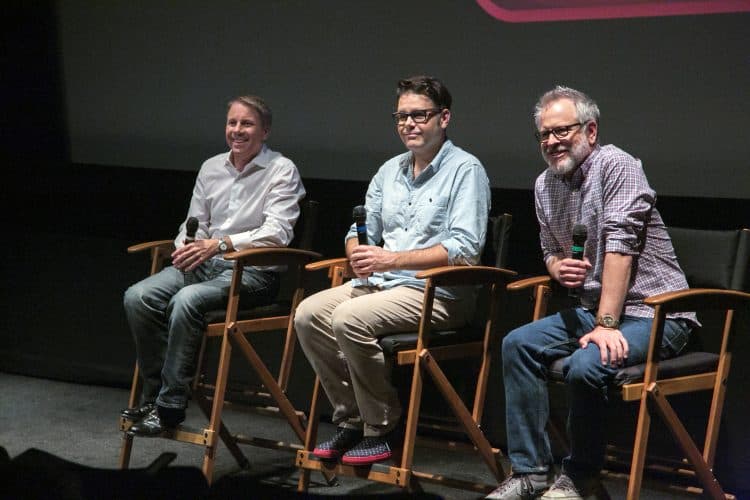 I took eight pages of notes the entire day, in tiny messy handwriting designed to allow me to pay attention, but oh the things I learned! The same team that made Zootopia in 2014 and the first Wreck-It Ralph came up with Ralph Breaks the Internet, using the same main four characters but with some new additions. My favorite I think is going to be Yesss, an algorithm played by Taraji P. Henson.

The movie is based in the internet, and the characters are either net users (like you and me, and avatars) and netizens, the full-time internet citizens that are there to help the users.

The landscape of the internet world is fantastic! Look closely and you’ll see a lot of familiar website names, including some of your favorites! (Be sure to watch out for the Disney and Marvel logos!) The new movie picks up right where the first one left one, with Vanellope’s game, Sugar Rush, breaking. Mr. Litwak, owner of Litwak’s Family Fun Center, is left with the choice to fix the game — an expensive and difficult proposition — or retire it, unplug it and sell it for parts, effectively leaving Vanellope homeless. Ralph won’t hear of this, so that’s where the adventure begins!

It took three years to put together an animation scene, and one scene with Disney princesses is probably going to be my favorite part of the whole movie. I won’t spoil it for you, but there’s a bunch of familiar faces that will have you laughing!

In short, the story process begins with the idea, which is then assigned to the story team to craft the story and work on scriptwriting. It then goes to the Director for approval, and once things are ironed out, sent to editorial. The story trust steps in to ask: how can we make it better? 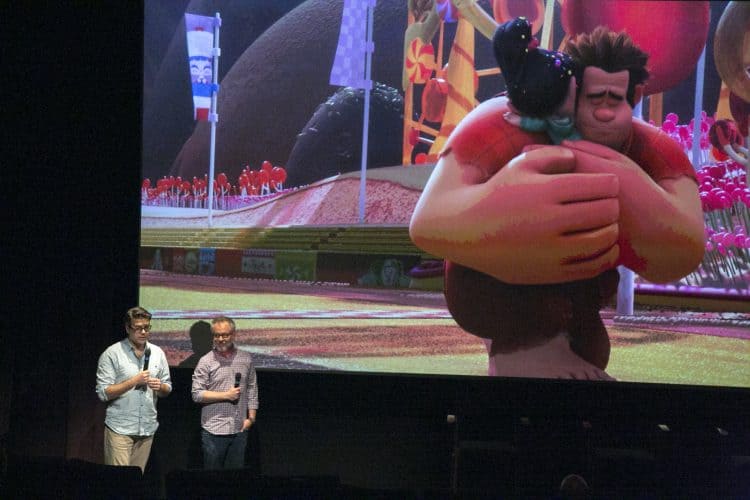 Here’s some numbers, which I mentioned above:

We got to see small sequences of the movie, and I love the scene where Ralph and Vanellope get into the internet. She’s more adventurous than Ralph — and of course, smaller — so she enjoys the process of going through the router and the wires to get to the internet, but as much as he wants to help fix her game, the travel is a little rougher on him. Ralph’s friendship with Penelope prevails though, and once they meet Yesss, things really start to happen!

Once they are in the internet, you’ll see some other signs like any other neighborhood. Speed limit signs are in Mbps, stoplights are browser windows buttons (red, yellow and green), and if you pay really close attention, you’ll see a few Easter eggs and funny little clips and backdrops.

No story about the internet would be truthful without inclusion of the dark web, the deep web, a creepy area full of the bad parts of the net, as well as the vault, where internet things go to die, like chatrooms, Napster, Y2K, and a modem dialing bar. All the people visiting in the dark web are incognito, and those characters are hilarious!

Yesss’s character will have you laughing and loving her ingenuity and net skills. She wears a fiber optic coat and her hair is flowing data. Taraji does a fab job with her!

Ralph Breaks the Internet hits the theaters at Thanksgiving, and here’s the official trailer!

This movie is going to be for everyone, young and old, with a lot of one-liners and flashbacks that everyone will enjoy. Plan on seeing it! Ralph Breaks the Internet press day was a blast and I know you’ll love the movie as much I will!
Tweet
Share
Pin
0 Shares
Previous Post: « How to Infuse Your Food With New Flavor: Magical Butter Machine
Next Post: Hire Party Entertainment the Easy Way Now Thanks to Special Guest App! »