When I was in Monterey in March for the Finding Dory event, I had the pleasure of interviewing the Director Andrew Stanton and Producer Lindsey Collins. We got to interview many of the people responsible for bringing this wonderful story to life, but this duo, Andrew and Lindsey, was so much fun. It was a round table interview, which is exactly what it sounds like; we all informally sit around a table and talk, us firing questions at them while they respond in a casual, up-close setting. 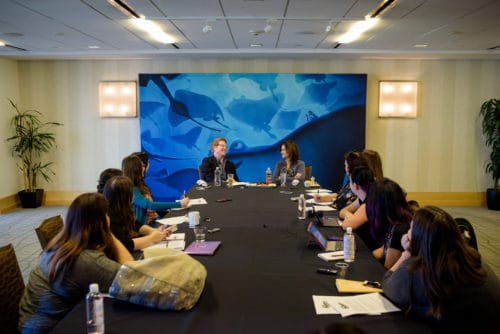 Questions come fast and furious during a round-table, and Andrew and Lindsey responded quickly and candidly like the talented professionals they are. The first question was a great one, inquiring of Andrew about his feelings now that the movie was almost coming out. His response drew us all in, as he let us in on some of his personal life and how it intertwined with the making of Finding Dory. 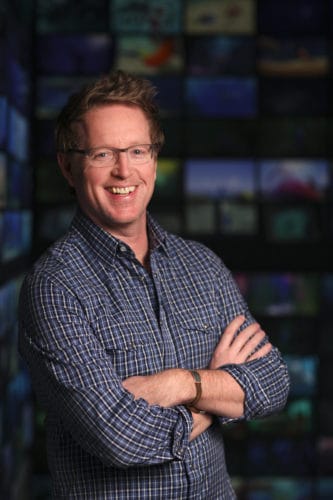 As a parent, I found his response a bittersweet moment that I could identify with; I think his ability to relate his role as a parent to the role of a movie director says a lot about why his movies are so successful. This puts a little bit of reality into an animated movie. Andrew equated the completion of the movie to that of raising a child to adulthood — you enjoy the process but you’re kind of ready for the moment and for it to be done. (His kids are actually 23 and 21 now and have been out of the house for years, but had just started going to college at the beginning of the creation of the movie, and now it’s done and they’ve graduated from college.) He also confessed to a little bit of impatience now that it was done, so everyone else could see the movie. 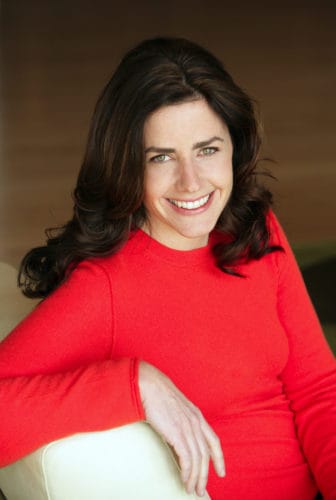 A popular question at press junkets is who someone’s favorite character is. It’s always fun to see who, or what, everyone chooses, as it gives you a little insight into their personality and emotion. Andrew’s response was that his favorite is a newcomer named Hank. I won’t share who, or what, Hank is (I’ll be writing about that more in my next Finding Dory post on June 2) but you’re going to understand why he was chosen as Andrew’s favorite. Lindsey’s favorite was also a newcomer named Bailey. I don’t know much about Bailey other than a very brief glimpse, but I know I’m going to like her!

One trivia fact I didn’t know before this round table was that the role of Dory was created with Ellen DeGeneres in mind. While this isn’t always the case with Disney movies and not for all of the characters in Finding Dory either, Andrew had only Ellen in mind during development. I can’t picture anyone else playing Dory either! Whenever I see a picture of Dory peeking out behind kelp or coral, I think of Ellen and the way Dory speaks. “Just keep swimming…”, right?

There was a lot of laughter about how Ellen was very vocal in the fact that she wanted a sequel, and that when they called to tell her they were doing it — 10 years later — she declared she’d just been joking! Good thing she was joking again!  The timing seems perfect so a whole new generation of children can enjoy Dory and the undersea world in addition to everyone who remembers the magic of Finding Nemo.

Lindsey let us in on the process of ensuring Dory’s character now meshed properly with the character we all know and love in Finding Nemo. She explained how they’d go back and watch the movie over and over to be sure that they had her personality accurate. For example, she often says “Can I help you?” and is frequently apologizing. Why? What did all of this have to do with her short-term memory loss and the secrets behind who she is and why.

If you’re wondering about that, too, you’ll need to see the movie when it comes out on June 17! I haven’t seen it all yet, just bits and pieces, and I’m even more intrigued about the characters that we know and how they meet and interact with the new characters like Hank and Bailey.  Below is a new trailer that just come out last week in honor of Mother’s Day — watch for more clues!