Disney Junior’s Minnie: Bow Be Mine came out on February 5th and is sure to make a lot of people smile. I’m also hosting a Minnie Bow Be Mine Blu-ray giveaway — keep reading to enter! 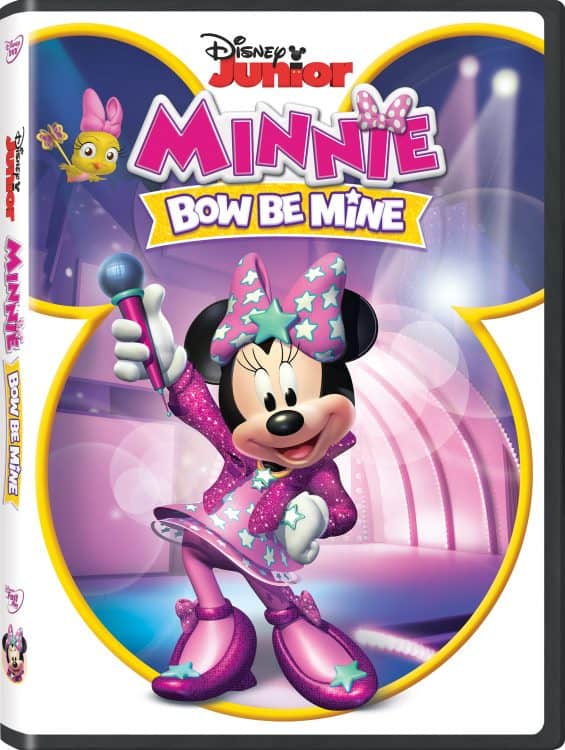 As the Happy Helpers from Mickey and the Roadster Racers, BFFs Minnie and Daisy take center stage as they tackle super-tough tasks and help friends who need a hand: judging a surfing contest in Hawaii, solving a doozy of a mystery, photographing a rare rainforest bird and much more! Then, watch Minnie rock out onstage at Hot Dog Hills Stadium! Featuring two bonus music videos, Minnie: Bow Be Mine amps up the fun to a whole new level of awesome.

This Blu-ray runs 132 minutes and contains a long list of fun episodes:

Want to own your own copy? I’m partnering with Disney to host a giveaway with the Blu-ray, and several other fun items, for one lucky winner! This awesome Minnie: Bow Be Mine prize package includes the Blu-ray, Minnie Mini and Daisy Mini plush toys, an adorable Minnie figurine play set and a bag/purse set. Kids are going to love this!

Here is the prize package, which is listed in its entirety above.

Giveaway rules are brief: no purchase necessary, void where prohibited and one winner per household. Winner must be 18 years of age and a resident of the United States. Winner must supply physical shipping address, name and phone number for prize fulfillment within 48 hours or prize will be forfeited and another winner will be drawn. Prize fulfillment comes from public relations company for Disney.