{Today’s post written by Devon!}  was so excited when rumors started flying around about Moana. It sounded so creative, and I loved the focus on the Polynesian culture. I’m also a huge fan of Dwayne “The Rock” Johnson, so maybe that has something else to do with it. So when I got this opportunity, I was absolutely ecstatic. My mom was invited by Disney to celebrate the in-home release of Moana, and I was able to attend for her. 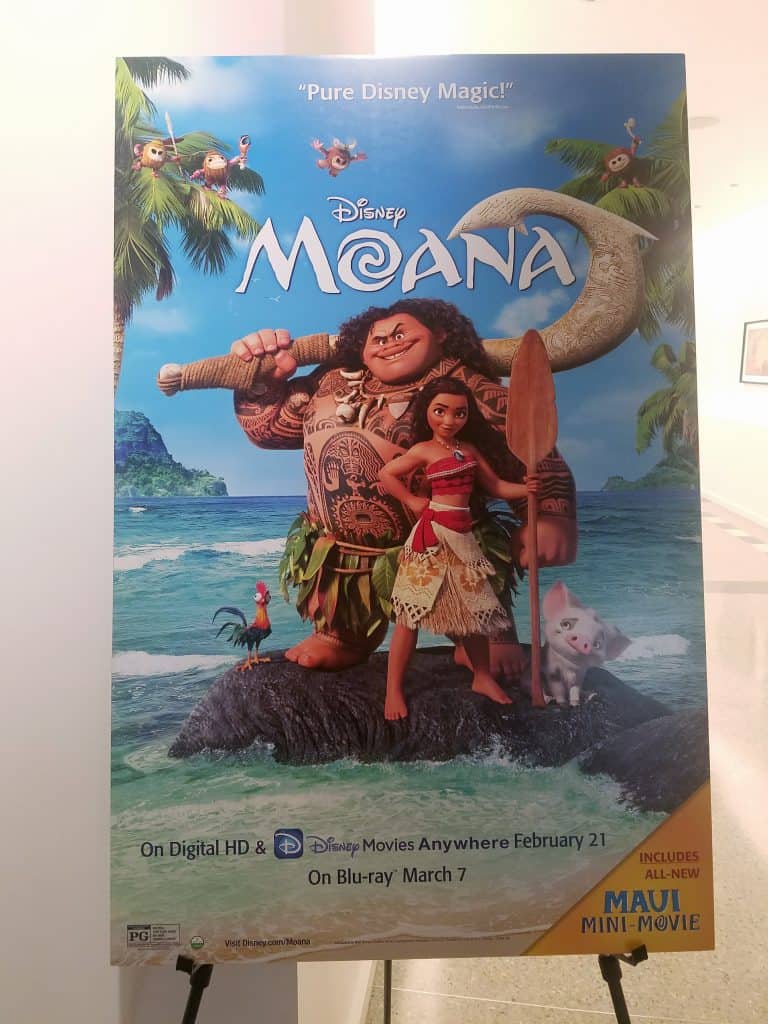 Moana is a new movie from Disney, starring Moana, a sixteen-year-old who is the daughter of the village chief, and Maui, a shapeshifting demigod. This movie is full of Polynesian influence, as the creators of the movie went on several research trips to learn about the culture. How do I know that? I was able to participate in a Q&A with the producer and directors themselves! 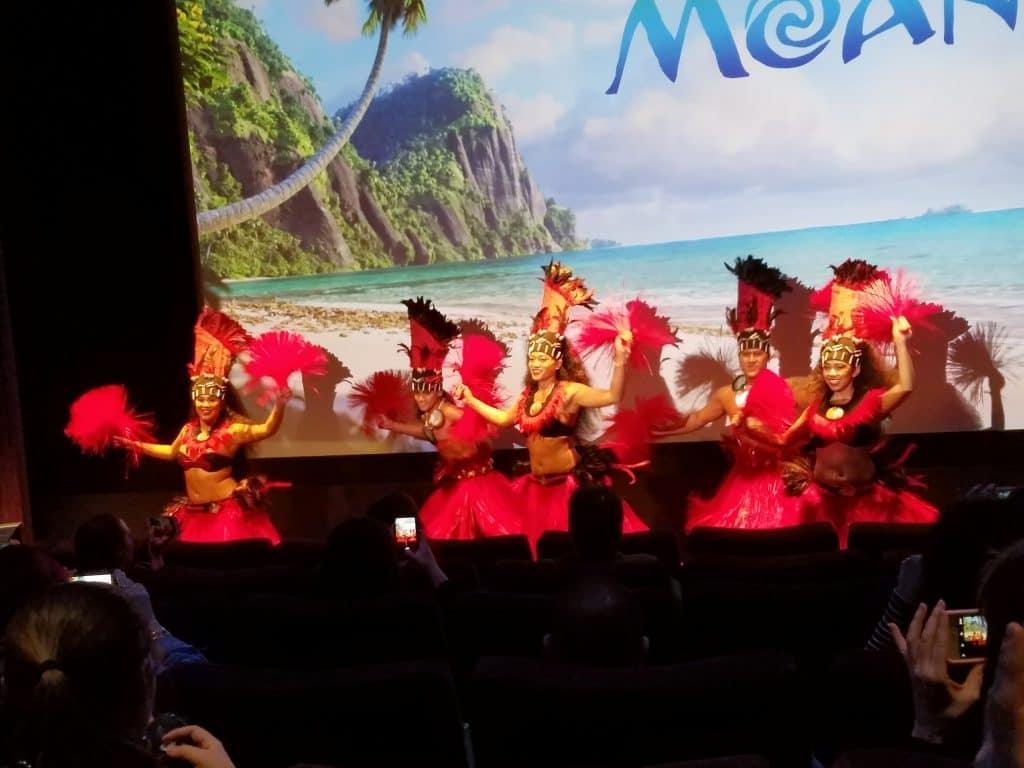 However, before we got to the Q&A, we got to see a performance by these beautiful dancers!

We also got to watch a preview of the Moana DVD extras. First, we watched a 30 minute documentary piece called “Voice of the Island,” which was about the research and inspiration that went into creating this movie. In this documentary, they talked about all of their research trips and everything they experienced during the making. After that, we watched another short about making the music for Moana, which is such a special part of the movie.

After both of these entertaining videos, we got to have a Q&A with the producer, Osnat Shurer, and one of the two directors, Ron Clements. Unfortunately, the second co-director, John Musker, was unable to make it. 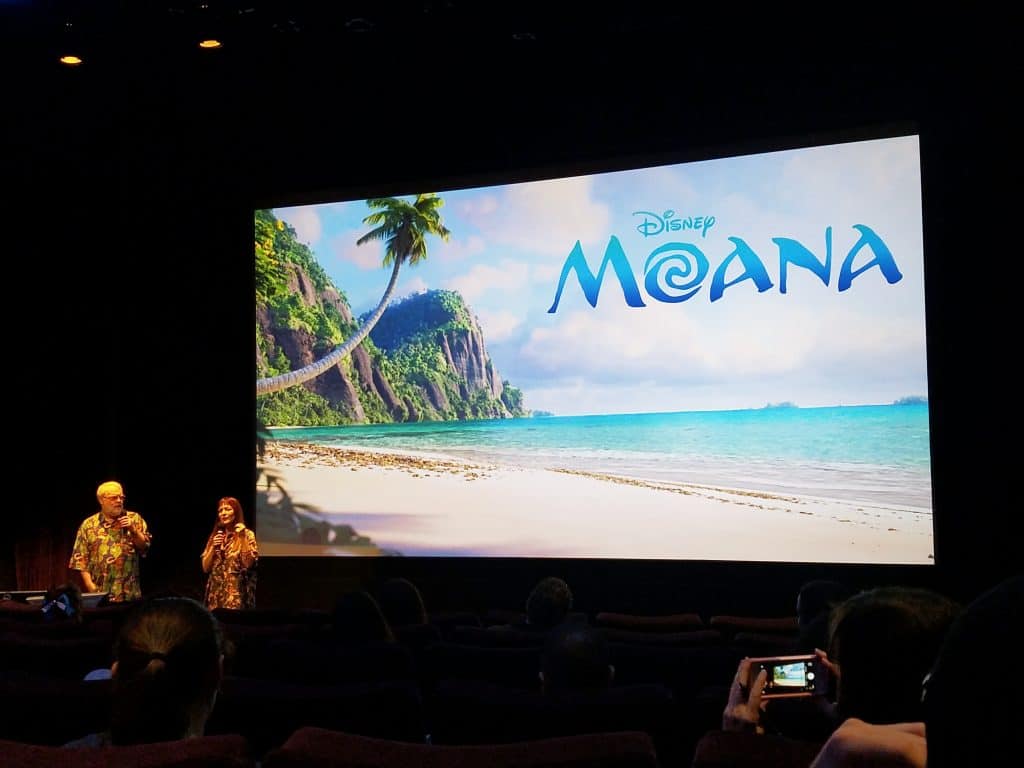 They were so great to talk to, and we got to learn so much! We were able to chat with them about the exciting Oscar nominations, and how they had both been in the middle of an interview when their publicist told them about it. They also talked to us about their most difficult moments in creating this movie, such as constructing the ocean as its own character, and actually designing it in the creation of the movie. 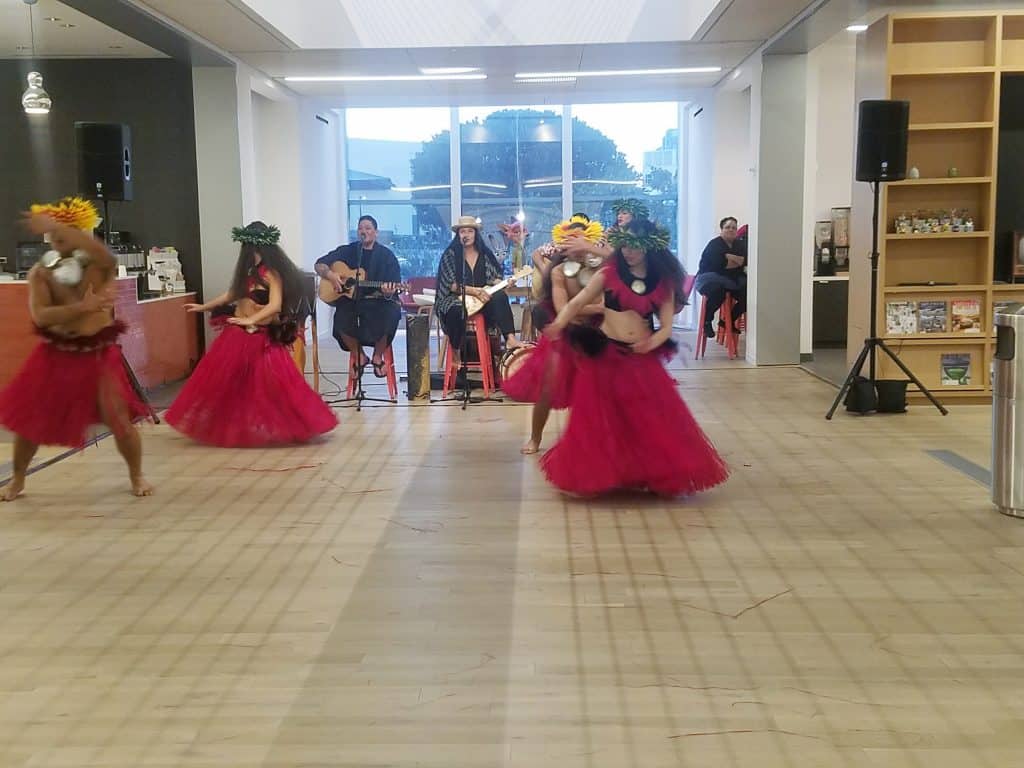 After everything, we got to enjoy a Polynesian cocktail reception while listening to some live music with more dancing! I even got to take a picture with a couple of these talented dancers! 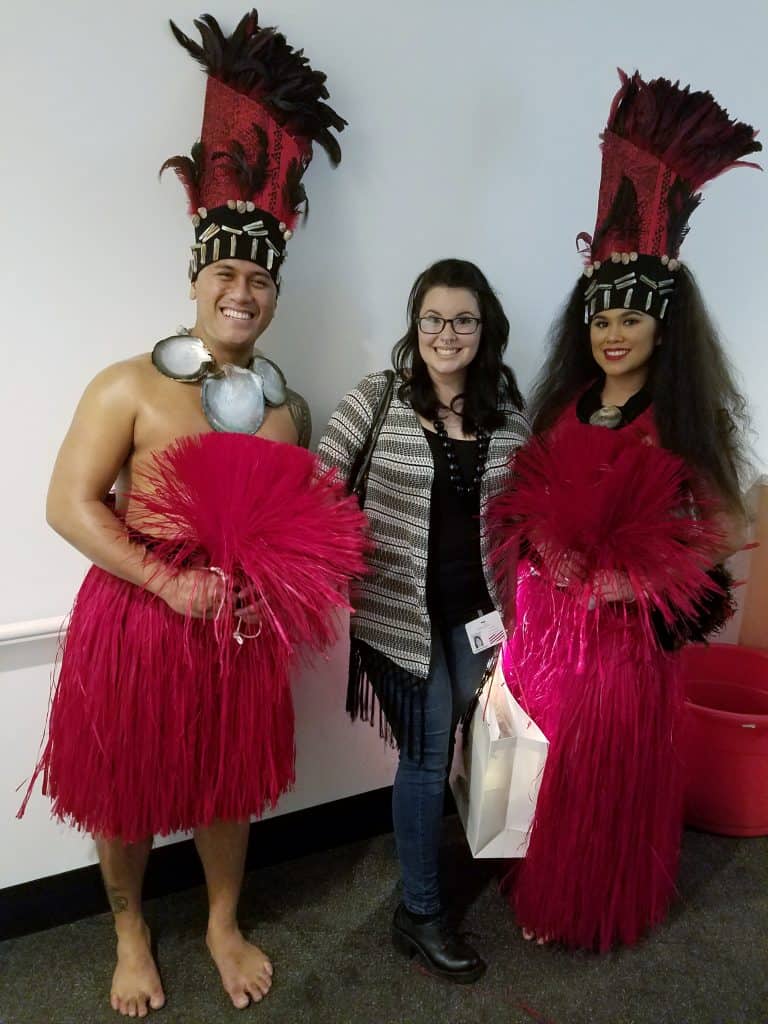 This was such a fun event, thank you to Disney for giving me this wonderful opportunity! If you haven’t seen Moana yet, you definitely need to get it when it comes out on DVD and Blu-ray on March 7, 2017, or the digital release that comes out on February 21, 2017! If you get the Blu-ray edition, you’ll also see a short film with Moana and Maui, called “Gone Fishing.” It’s so much fun, and you need to buy this movie – I know I will!

Enjoy the in-home release of Moana!