You are here: Home / Entertainment / Giveaway: Enter for a Chance to Win Venom on Blu-ray and a Venom T-Shirt
Tweet
Share11
Pin
11 Shares

If you’re a Marvel comic fan, you’ve heard the story of Venom. Starring Tom Hardy, Columbia pictures, a Sony company, has done a fabulous job of bringing us all the story of Eddie Brock, a host to an alien symbiote. Eddie, going through the lowest point in his life after a job loss and the loss of his fiancee, experiences a transformation that has to be seen to be believed. Not all superheroes look like it, and this story of Venom’s fight against evil is full of special effects and scenes that will leave you leaning back in your seat. (It’s also not for the feint of heart or small children, as it’s rated PG-13.) 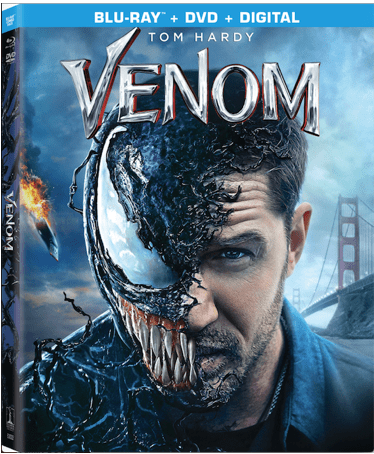 Venom came out in theaters on October 5 and is now coming out on 4K Ultra HD™ Combo Pack, Blu-ray™ Combo Pack and DVD on December 18. In honor of the big day, I’m hosting a giveaway where you can enter for a chance to win a hard copy of Venom along with a Venom t-shirt, size small. (I’m also getting a complimentary set! The opinions here are my own.) 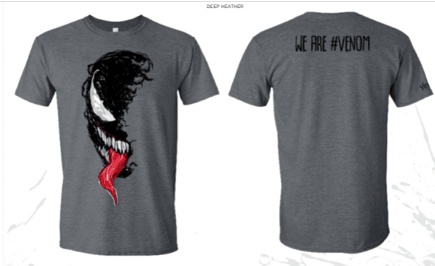 If you’d like to enter my giveaway for a chance to win, use the widget below. Usual rules apply: no purchase is necessary and void where prohibited by law. Winner must be at least 18 years of age and reside in the United States. Winner must respond within 48 hours of email notification with shipping address; prize fulfilled via public relations for Venom/Columbia/Sony. If winner does not reply in time, winner forfeits the prize and a new winner will be drawn.

If you haven’t seen the movie trailer yet, here you go — let me know what you think! (And good luck if you enter the giveaway!)