You are here: Home / Disney / The Creation of Finding Dory, From Script to Screen
Tweet5
Share
Pin
5 Shares 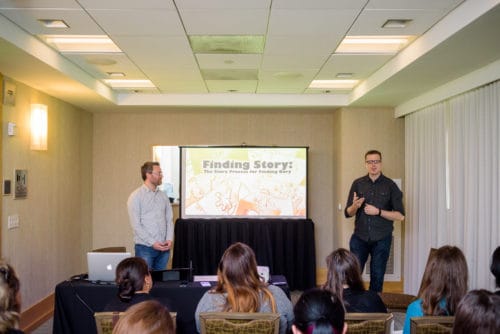 While in Monterey for the advance press day, we met with quite a few people that led teams responsible for major parts of the creation of Finding Dory. One was Max Brace, the Story Supervisor and Angus MacLane, Co-Director of Finding Dory. This duo was quiet, yet funny and informative; I never knew how many things were involved in getting an animated movie to the big screen until I heard them explain the inspiration behind one of the most beloved Disney characters in history. 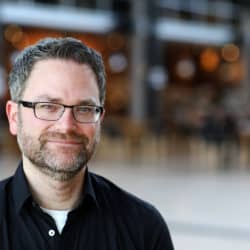 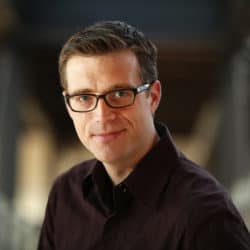 This duo had critical roles in getting Finding Dory off the ground. With long histories at Pixar Animation Studios, both have impressive resumes for prior work, such as Wall-E, Toy Story 2 or 3, and Monsters Inc., just to mention a few.

Making an animated motion picture involves too many people to mention, but it’s a lot more than you’d expect. Decide to make the story, pitch it, get it accepted, then go through the fine motions of characters and concept, script and cast — that’s all just the basics. “Finding Story,” as shared in the slideshow that Max Brace and Angus MacLane shared with us, laid out the beginning of the process in more detail.

Finding Dory was 10 years in the making, and the sense is that it was always destined to be created but they wanted it to be perfect. We expect no less from Disney, right? Finding Dory’s inspiration was a need to wrap up Dory’s story. I won’t give anything away, but Max Brace aimed to fill the gap about what happened to Dory after Finding Nemo, and explain what got her there in the first place. He found Dory as a tragic character who used comedy as a way to survive, someone who had suffered a lot of loss, and he didn’t want her to end up seeing herself as a problem, much like they attempted with Marlon’s character. If you remember Finding Nemo, Dory’s memory (see what I did there?) is less than optimal, which results in her very unique personality and perspective. She is on her own in Finding Nemo and only briefly mentions her history, leaving us to wonder how she got there and why she hasn’t gone home. Brace and MacLane wanted to give viewers answers and not leave her character hanging, and from the 13-minute clip we were lucky enough to watch, they succeeded.

Finding Dory comes out on June 17, but in the meantime, here is another trailer that you can watch as a teaser to the movie — I can’t wait to see the whole thing, and I bet you can’t either!