You are here: Home / Dogs / Taking Care of a Special Needs Dog: The Story of Missie the Yorkie
Tweet
Share59
Pin2
61 Shares

This is Missie the Yorkie, my special needs dog. She just turned 10 and she’s like a puppy minus the potty incidents…no, wait, she does have some incidents but they are more due to attitude than need…she’s like a puppy except she has some grey hair and doesn’t chew things. Missie does, however, lick the carpet in tiny little circles incessantly unless you stop her. 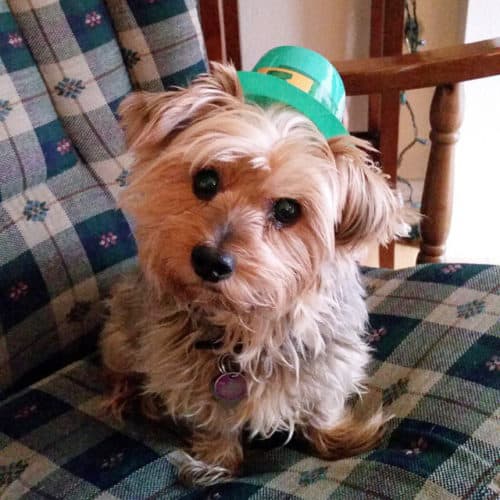 She fits right into our weird family.

Missie became part of our family on New Year’s Eve, 2009. We were planning a crazy big party as a goodbye to California, our house was going on the market two days later and as soon as it sold, we were going to drive to South Carolina and start over. She was half of a doggy duet, part of a puppy package, one of two furry kids that had grown up together. Best friends from their early puppy days, Missie and Charlie came to us from a local service dog trainer. Our youngest son needed an autism service dog, which can cost upwards of $12,000. Charlie’s match had fallen through when the parents changed their mind about getting a dog, and the trainer had to make space for an incoming puppy being trained to help a child with cancer.

We’d been wanting a service dog for a while, but the cost was prohibitive. The agencies we spoke with all told us that most families had to fund raise for quite some time but that it was much easier than expected. “Families usually end up getting at least half from their relatives.” I knew that wasn’t going to happen with us, so when we were offered Charlie, we immediately made an appointment to go see him. We knew about Missie, and weren’t deterred, but we also weren’t expecting how quickly we’d fall in love with her. With eight of us watching to see if Charlie would bond with Little Man, Missie wove herself into our hearts by prancing around the garage and yard as though there were no strangers in her world. Meanwhile, Charlie walked past all of us, right to Little Man, sat down and leaned on him.

There wasn’t a dry eye around. The deal was sealed. We were now a family of eight. 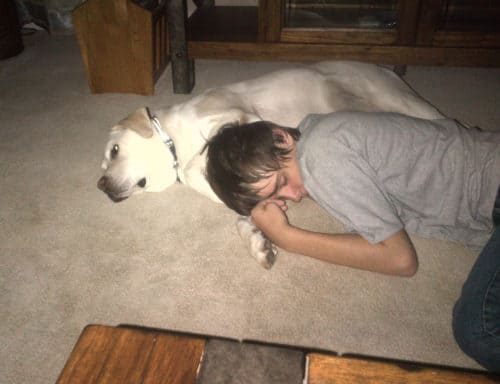 The pups quickly fit in the household routine. Charlie would calm Little Dude and play guard dog every time someone would come to see the house. Missie would climb onto all of the furniture and explore but always ended up cuddled in my lap before long. She was my lap warmer then and still is now, almost seven years later.

These seven years were not without some rollercoaster rides though. Never did we know how expensive medical care can be for animals, what loving an animal can do for a family, and how much you can love eight pounds of furry dedication.

Missie would sporadically throw up her food, mostly undigested. Vets didn’t really have much concern as it wasn’t consistent…until one day she wouldn’t leave her bed and rush to dad when he came home from work. Her slow walk to see him began a very scary time.

Long story short, after a few months in and out of the hospital, Missie was diagnosed with a severe kidney infection resulting in blood in her urine. It was pretty terrifying to see that puddle. The infection was eventually cleared up, but she got sick again not long after, at which point they realized she had stones in both kidneys, her urethra and her bladder. She was kept at a vet overnight, due to her IV, and the vet was so worried about her, he took her home with him to care for her throughout the night, until a very high-tech clinic 2.5 hours away could operate the next morning. We credit that doctor, Doctor Mike, for saving her life.

It was a teary visit the next morning when we made the drive to Charleston for surgery. Holding Missie on my lap in the car, looking down at that sweet trusting face, it was a long ride. We didn’t know how it would play all out, only that the little bundle of fur that had wandered around the garage and yard that New Year’s Eve a few years prior also wandered into our hearts and we were nowhere near ready to let her go.

A week later, she was back at home with us, having survived a surgery to repair a liver shunt (a congenital malformation where her body doesn’t send things through her liver to filter) and to remove one septic and dead kidney. The feeling was that the liver probably had caused stones to build up, which killed the kidney and caused subsequent infections. The surgeon also removed stones from her bladder and urethra, leaving one remaining stone in the other kidney that was unsafe to remove at that time.

Over the next few weeks, our sweet little bundle recuperated like a champ. She began to run around and play like we hadn’t seen before. Her dedication to us also seemed to grow, as though she knew we had saved her life. She had staples from one end of her belly to another, and I had to give her subdermal injections twice a day for 10 days — at the tune of $30 per day — as well as some other medications. All told, her surgery and subsequent treatments had cost us over $10,000.

I know. CareCredit became a good friend and I’m so fortunate that the husband was so willing to hand over a hard-earned bonus check from work to cover what CareCredit didn’t.

Since that time, Missie’s doing fantastic! We watch her health closely, probably a little too close at times, but I guess that’s expected. We have a wonderful vet who understands my paranoia and doesn’t laugh at my tears at almost every appointment. I’m such a wimp. He also doesn’t push aggressive medical treatments at us unless he feels it’s absolutely necessary. I trust his care implicitly. Missie gets dental treatments once or twice a year, depending on how well her teeth look. Despite that, and daily teeth cleaning, she only has six teeth left. She doesn’t let that stop her from enjoying her meals though. 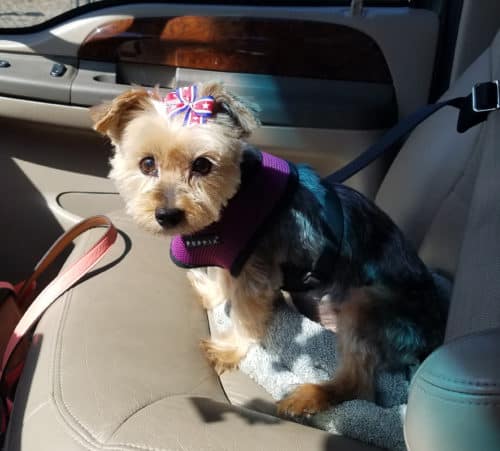 Having a special needs dog can be a tough gig. Still, I wouldn’t do it differently. We were fortunate to have the option to get her the surgery and to pay for the other things she needs. We are well-aware that not everyone has that choice. Some people give us a hard time for spending that money on ‘just a dog,’ but dog lovers, you know there’s no such thing as ‘just a dog.’ We’ve heard how we could have spent that money on our kids, and yes, we could have, but in reality, we did spend that money on the kids. They see that we don’t give up on something and that we love completely. The kids learned that animals are valued and they’ve had the chance to develop a relationship with a best friend that depends on you for everything. The hugs and kisses and support those animals provide have paid off tenfold, and we didn’t have to tell them that.

The money also didn’t mean the kids went without. It changed nothing. That CareCredit payment is just another line item in the budget and will always be. Even if we use it only for routine exams and dentals, it’s interest-free financing. The kids didn’t miss out on anything and Christmas that year (and every year since) has been as opulent as before. They kids also learned about following through on commitment and having priorities.

I worry when she burps, when she stumbles on the stairs a little in the dark (because she is losing eyesight in at least her left eye, not sure about the right) and I get nervous each time we have her blood tests run just to see where we’re at. She began to show signs last year that her remaining kidney isn’t functioning at 100%, but we knew that would happen. Renowned specialists have reviewed her case and determined that lithotripsy for the remaining stone was not possible, so she’s on pills forever. Her food is also prescription and she can’t eat anything else, but with proper care, she’s going to live a long time. We’re so, so lucky.

Charlie’s also doing wonderfully, having had two successful ACL repair surgeries. I call him the lovey puppy, as that’s all he wants to do. And take his walks at night. 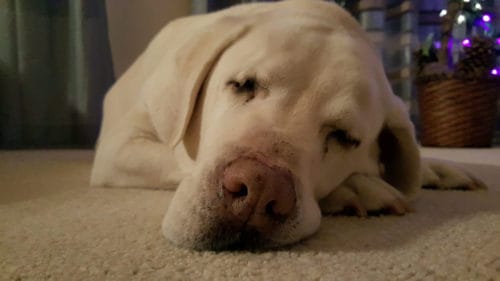 Missie has her own Facebook page and Instagram account. I know….but I’m okay with that. She’s one special puppy and I could share photos of her endlessly. This allows for that without scaring people by being that crazy dog lady.

Stay tuned for post number two in this two-part series. Two dogs, two parts to the story, with the second being tips on caring for a special needs dog. These animals present themselves in many ways and they are all worth it.