You are here: Home / Travel / Why I Am Proud to Be a Crazy Californian!
Tweet
Share2
Pin
2 Shares

A few years back, I’d had enough of the California scene and wanted out. I’m not a native but California became my home when I was almost 13 so I’ve been a crazy Californian for a long time. I’d been raised until then in New York and Pennsylvania, so California was a glamorous move as a teen and had been enough for many years, but the novelty had long worn off. After a lot of discussion and thought, we decided to pull up stakes and move to the south. It was just about a year in our little rural town before we decided enough, we were Californians and needed to go back. Sometimes I look at it as a colossal waste of money and time, but as the husband always reminds me, it helped us put our priorities in place, we had some fun and we all learned a lot.

When I talk to people about the move, a lot of people tell me they want out of California, too. They tire of the crowds, the traffic, and the expensive homes and gas prices. However, few actually make the move. Family holds them back, or concern about actually finding someplace else they like better, or a job. Very valid reasons. One thing I will say for sure is that if we hadn’t tried it, we’d still be wondering. I liked the country life, and still wish I’d tried raising goats and that my garden had been more successful, but for city dwellers, we did alright. When I told people we were moving back, our California friends weren’t surprised; those where in our small town were surprised and asked me over and over why I would move back.

There’s a lot of California hate out there. Most people who hate it that I’ve spoken with have never been here. They judge us “crazy Californians” by what they see on TV or the news. Thing is, crazies are everywhere. Crime is everywhere. While California does have some strange goings-on, it’s just more publicized, it’s not any stranger. I wouldn’t trade it for anywhere though there is no real paradise. We have earthquakes, we do get snow and wildfires and 80 mph winds, and there’s that massive drought right now, but despite all that, we’re never allowed to complain. Even though we all choose where we live, and I’m proof you can get up and move if you don’t like it, any time we complain about our 110+ degree weather or the earthquakes, someone has to tell us that we choose to live here. Uhm, don’t those complaining about the cold and school snow days choose too? “If you don’t like where you are, move. You are not a tree.” Favorite quote.

So what do I love about California? What makes me spend a huge amount to buy a house and pay over $4 per gallon of gas? 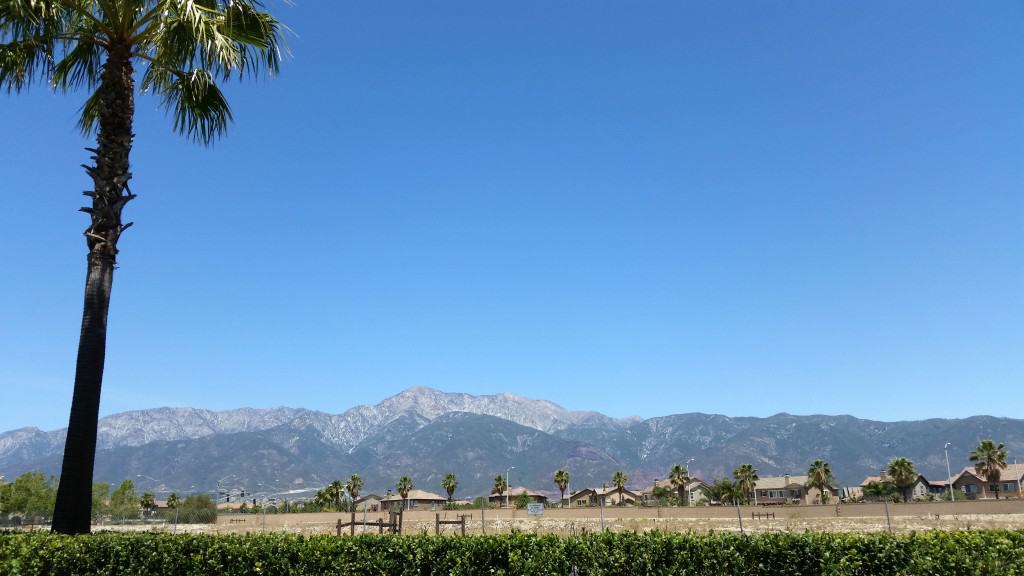 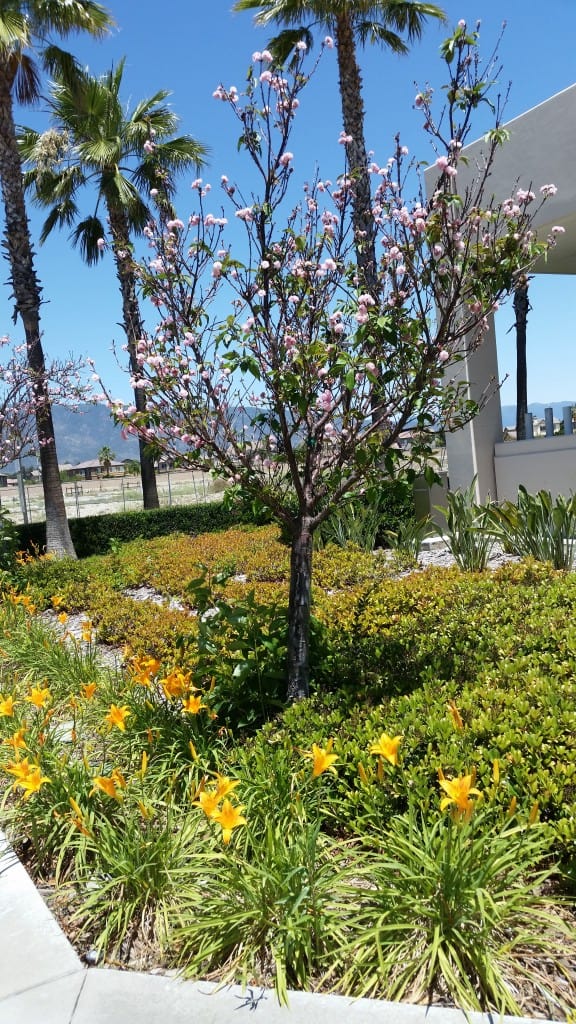 Palm trees, waving in the breeze, right outside my door, with the backdrop of those beautiful mountains. 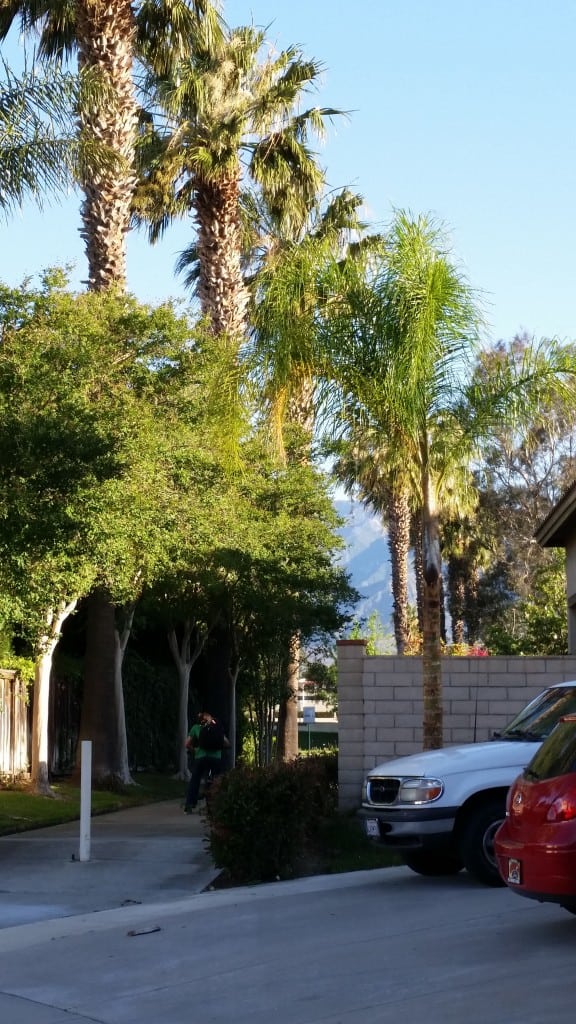 The mix of outdoors and indoors, everywhere I go. 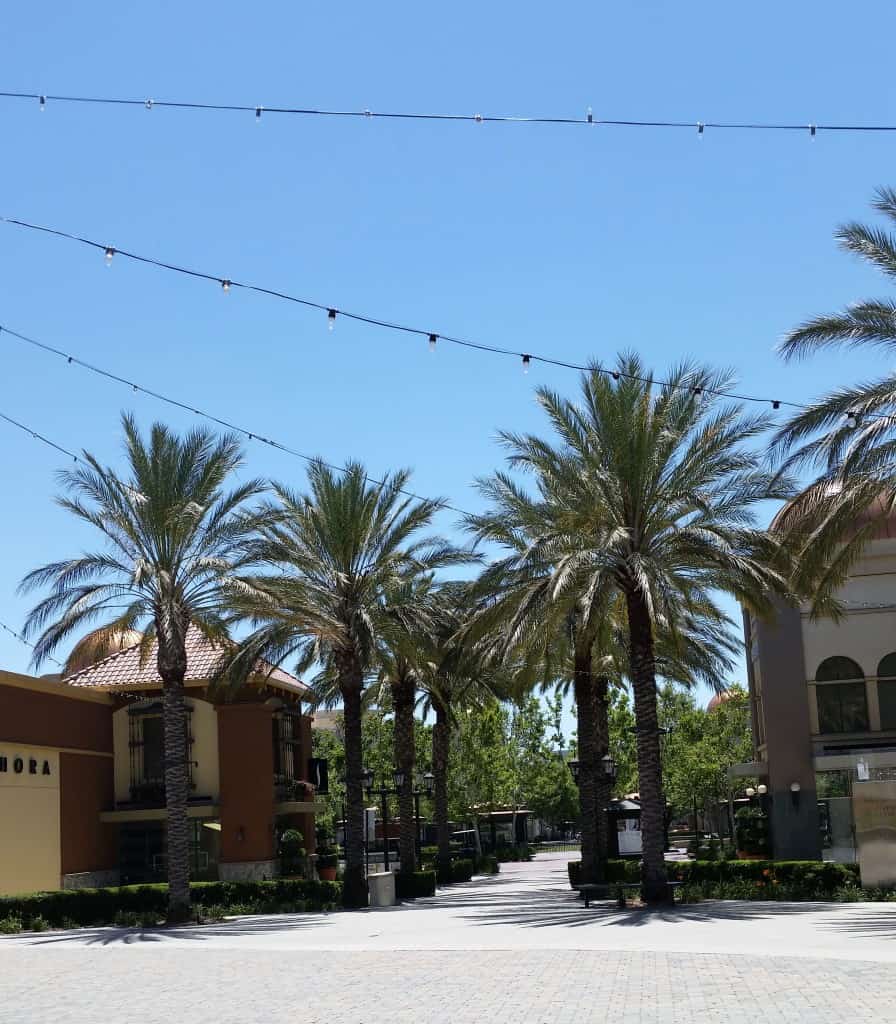 Then there’s the fact that right now, as I sit here at my kitchen table, I’m within 1.5 hours of the mountains, the desert, the beach and Los Angeles and all that it includes. I can surf in the morning, ski at lunch and take a tram to the top of a mountain in Palm Springs for dinner. I can visit Mickey Mouse in the morning and Six Flags at night. I can drive to San Diego to visit Sea World, eat lunch at Coronado, visit a few wineries in the afternoon and end up at a rooftop Hollywood bar at night watching celebrities.

My kids have a choice of a ton of community colleges and various private or public state universities. Whatever field they want to be in, it’s here, and if they like music or movies? Even better. I have a choice of hundreds of restaurants, farmers’ markets, health food and organic food stores…and then there’s the fact that I have three Starbucks within two miles of the house. California is the state where driving with a coffee in one hand is almost a part of the driver’s license test. We wear flip-flops in winter, even when it snows. On my lunch hour, I can shoe shop with a coffee in one hand and my cell in another, Instagramming all the gorgeous things I see just walking through the outdoor mall and I can stop at a winery on the way home, have a glass of wine at an outdoor picnic table.

Holidays are a big deal out here. Decor is everywhere, and add in all the various cultures? My kids have grown up eating a million different types of food and I’m glad to have exposed them to so much, and not just here but on our trips to and from the south, and even what they learned there. (Sadly, they also learned that not everyone’s as open-minded as what they’re used to.)

Another thing I love about California is not a tangible thing that I can take a photograph of. It’s the vibe. We’re all uber-busy and many of us spend a lot of time on a commute, but you get the feeling that everyone’s on a mission. We mean business. We don’t just wander the mall, we wander it with a purpose. We can tell you 37 places to get a good price on goat cheese and they’re all within 15 minutes of where you are…wherever you are. We work hard — and not just because our mortgages are high — but we play hard. Work days start early and weeknights are frequently full of taking advantage of all the things surrounding us, like going to a Zumba class, wine-tasting, trying out a new food truck, hiking in the twilight, taking the dogs to the dog park or choosing fancy food to create an amazing meal. That vibe’s not for everyone, but there’s a feeling of living here, a feeling I’ve never found anywhere else outside of New York City.

So despite the haters and the costs and the concern over air quality, I’m staying put. I have too many good memories of family gatherings around the barbecue, mariachi music in the distance, sounds of cars practicing at the speedway, drinking California wine, and I have memories of missing all that. I’ll happily take that title of crazy Californian now.