World’s happiest turtle? Turtle topper? I know. Weird beginning, but when you have a turtle that waves, that’s just part of the game.

About 10-12 years ago, we were headed to church one Sunday morning. As my older son went out to the car, he came running back in: “Mom! Dad! Look what was in our driveway! Can I keep it?”

<words of dread for any parent>

Visions of a kitten. (He’s allergic.) Maybe another snake? (He had about four already.) A possum?

But no. He led us back out and it was a big aquarium with a turtle in it.

The back story is that our son was working for a local pet store, and he often brought home strays. We already had two dogs so we had to draw the line at anymore furry friends, but we’d been allowing him to keep the reptiles. The only rule was that no snakes were living inside his room. They had to stay in a heated area of our garage, in a huge tank shelving unit we’d retrofitted for him. They were well taken care of and my son loved his pets.

Problem was, people knew of his affinity for the animals, and that we were marshmallow parents who would say yes. Someone who no longer wanted a turtle knew this, and boom, we now had a turtle.

All these years later, Yurtle the Turtle is a happy guy. He’s currently in the garage, because his tank is big and heavy and he enjoys playing in the grass, so we can easily pick him up…despite his hissing, he likes it…and let him run in the yard. And run, he does. Turtles are surprisingly fast!

Yurtle moved with us cross-country twice now, in the back seat of one of the cars in his tank. We love him and I swear he waves at me when I walk by his tank. When Chewy.com offered me a turtle tank topper as part of their ambassador program, I chose it as an item for this month. (I get to choose what we like and I write a review in exchange for the product.) I knew Yurtle would appreciate the extra space and now he has a better viewing spot on top of his tank! 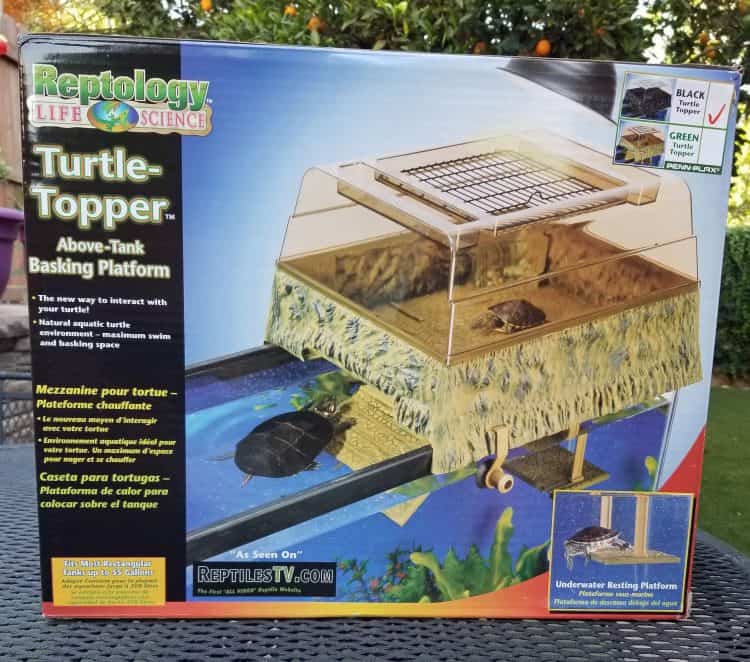 The Penn-Plax Turtle Topper Above Tank Basking Platform sits on the top of the tank, held on safely from both the inside and outside of the tank, providing a small ramp for the turtle to climb to enter the enclosed basking area. Turtles like to swim in deep water, so this platform allows you to still fill the tank sufficiently but also give them a place to climb should they want a break. If you have lighting around or natural sunlight, they can enjoy that before sliding back down into the water. Maybe turtles climb back down, but Yurtle slides. The first time he did it, I really think he was like, what is this? Since then, he has become quite adept at getting back up into his little penthouse suite. 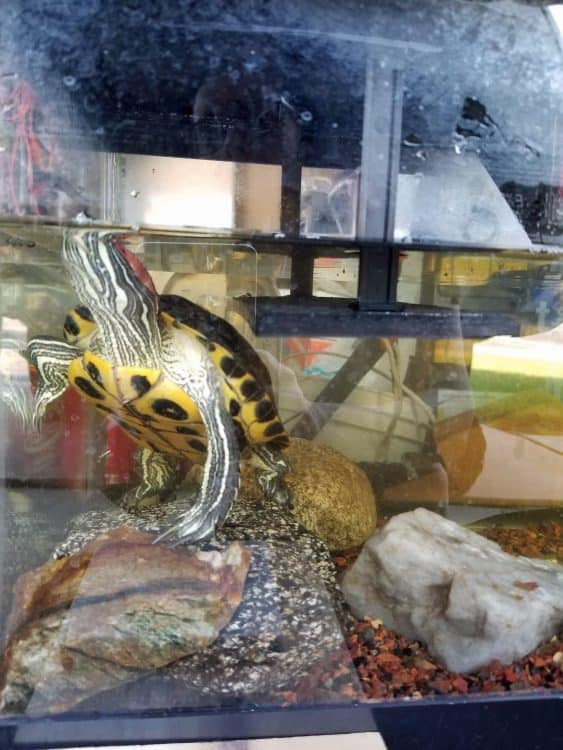 The platform fits most tanks up to 55 gallons, and will support most turtles, even of bigger sizes, without sinking into the water. It lists at $65.99 but the current Chewy.com price is $34.99. Installation is easy and directions are provided. Of the biggest importance is to not overfill the tank. It does not include the basking lights or bulbs, but most turtle owners have those already anyway. It only takes a couple of minutes to put onto the tank, but keep in mind that you want to be sure you don’t have anything else inside the tank that would allow the turtle to climb up too high. We haven’t experienced any escape attempts but it’s better to be safe than sorry. 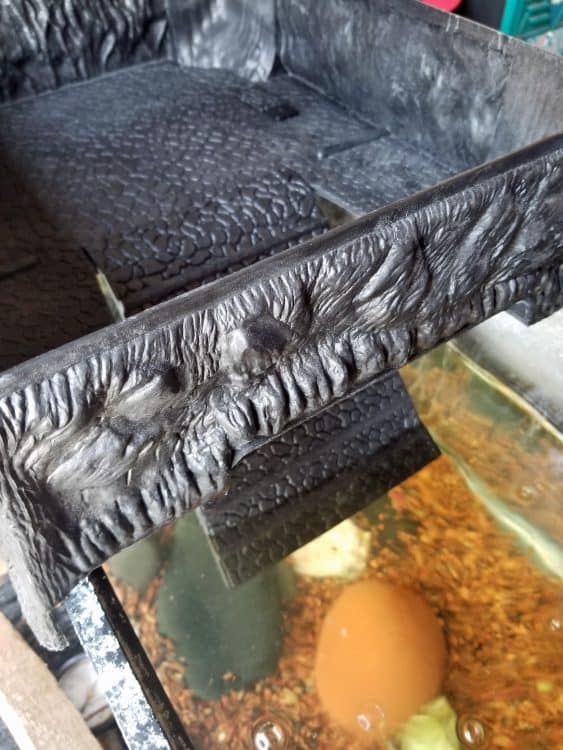 Yurtle is one smart turtle. Every single time I went to take a picture of him basking, it was like he knew I was coming! He’d slide back down into the water and look at me like “Ha, gotcha.” I’m onto you, Yurtle.

Thanks, Chewy.com and Penn-Plax for Yurtle’s new and improved living space! Despite being currently surrounded by construction equipment, temporarily, he’s the world’s happiest turtle!